Who Is Responsible For Errors In Construction Plans? 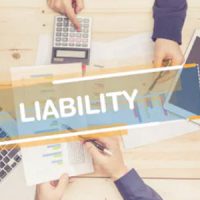 Often, things go wrong on a construction site. There are things we simply can’t control or foresee, and there are things that we can, but mistakes still happen. But sometimes, mistakes on a construction site aren’t because of how the property is built, or because of something that the contractor or builder did or didn’t do. Sometimes, the problem is with the plans themselves.

Who Creates Plans and Who is Liable?

Plans may come from or be developed by an independent design professional, like an architect, or may come from someone else who is hired by the owner.

However, that does not completely absolve a contractor of any obligation or responsibility, when a design professional has been hired by the owner. The law says that the contractor has an obligation to notify the owner of any defects in the plans—in other words, a builder cannot just look at plans that the builder knows are defective, or won’t work, continue to act on them and then later tell the owner there is a problem.

Notice to the owner of a defect in the plans, should be provided in writing to the owner.

Sometimes, the person or company that designed the faulty plans, is truly a third party—an independent agent not under any control or authority of the owner. When that happens, the design professional is held to the standard of what a =nother reasonable professional in the same or similar situation would do.

This is much like a malpractice standard, in personal injury law. We compare the architect to other architects, and ask if they would have found, drafted, or noticed the mistakes in the plans.

The concept of the owner being liable for defective plans, is called the Spearin doctrine, named after a Supreme Court case of the same name. A Spearin defense can be raised by a builder who is sued for defects, but who thinks the problem is caused by the plans themselves.

But when you assert a defense, you have to prove that defense. That puts the contractor in the position of having to prove that the owner’s plans (or the plans of his agent) are defective.

You also will have to prove causation. For example, if a structure collapses, under the Spearin doctrine, the contractor would have to show that the collapse was because of the defective plans—not something else, such as an error made during the course of the construction itself. As you may imagine, causation becomes an issue of argument in cases where a faulty design plan is alleged.