Watch Out For Waiver In Your Construction Contracts 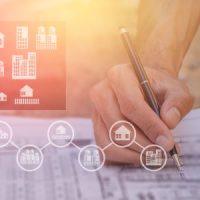 You have a solid construction contract, and you have negotiated all the terms and conditions that you want in it. That agreement is in writing and signed, so it cannot be changed after the fact—and certainly if it were to be changed, the change would have to be in writing. That’s what most people believe, but that ignores the legal doctrine called waiver.

As the name implies, waiver is the act of taking actions voluntarily that contradict the terms of your agreement. Often, those acts can waive rights and requirements that are otherwise set forth in your contract.

To waive something in a contract, you must take an action that is voluntary and intentional, although simply a delay in enforcing a contractual right, will not be seen as a waiver. The action or inaction you take or don’t take, must be inconsistent with a stated right in the agreement.

A typical example of waiver is with late or delayed or incorrect payments.

Let’s say that your construction contract says that you must be paid by the 15th of every month. Every month, the payment is late, and you look the other way, and do nothing. Perhaps the other side even apologizes for the late payment, and you say “no problem.” After multiple late payments, you are fed up, and now you want to sue, because these payments are late and continue to be late.

There’s a good chance your voluntary acceptance of late payments, may have waived rights that you otherwise would have had under the contract to sue for the late payments.

Arbitration clauses are commonly waived. If someone sued you, and you assert a defense in the lawsuit, you can’t later say that the case has to be arbitrated—by filing anything in the lawsuit (other than a motion to compel arbitration or a motion to dismiss), you may have just waived your contractual right to make the other side submit to arbitration.

You can avoid waiving rights in your agreement, by including an “anti-waiver” clause. This is a clause that says that the things you may do or agree to after the contract is formed, won’t waive your rights under the contract. You can accept temporary non-performance under your contract, and still sue later on if needed.

Still, courts will read anti-waiver clauses carefully, and thus, they need to be drafted carefully—especially in the construction world, where terms and conditions can often change quickly, and where many decisions about a  project are often made on site, in an instant.

Legal problem on your construction site? We can help. Our Fort Lauderdale construction law attorneys at Sweeney Law P.A. at 954 440-3993 are here if you need to sue because of a breach of a construction contract.