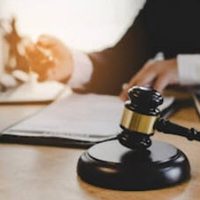 Florida’s small business community plays a significant role in keeping the Sunshine State’s economy vibrant and strong. According to 2018 data provided by the United States Small Business Administration, small businesses comprised more than 99 percent of all Florida businesses and employed over three million people.  The operations of small businesses (and all businesses) in Florida are regulated to some degree and in various ways by state laws and regulations. One way in which Florida regulates small business operations is through its unfair competition law.

What Constitutes an Unfair Business Practice?

Florida’s Supreme Court has concluded, as a general rule, that an unfair business practice is one that is decidedly:

Deception is something likely to mislead reasonable consumers, to their detriment.

Recently, the District Court of Appeals of Florida, Fourth District, applied these definitions in a case that involved alleged unfair competition between car dealerships. The case, Stewart Agency v. Arrigo Enterprises, involved a variety of claims, facts and evidence, not all of which are discussed below. If you would like more detailed information about the court’s decision in this case, contact Sweeney Law.

In Stewart Agency v. Arrigo Enterprises, the court found that there was insufficient evidence to support the  plaintiff car dealership’s unfair competition claims because, among other things, the plaintiff could not establish an important element of its case – causation.

Basically, the plaintiff’s claims in the Stewart Agency case arose out of an automobile air bag recall that was put in place for certain vehicles. The plaintiff car dealership alleged that the defendant, its competitor, accepted automobiles with the defective airbags based on the recall for trade-ins, resold the vehicles despite the airbag problem (which had not been fixed), and failed to alert the purchasers to the recall. (The facts also indicated that the plaintiff had sold the recalled vehicles up to four months before its lawsuit was filed, that its sales stopped after a news reporter interviewed its representatives, and that the defendant stopped selling the defective cars to retail customers after the lawsuit was filed). The facts and evidence described and considered by the court in its published opinion reveal many additional details as well as discrepancies in how both the plaintiff and defendant dealerships behaved with respect to the recall and the sale of cars. Nevertheless, and regardless of these discrepancies, the court concluded that the plaintiff’s case could not proceed because, among other things, the plaintiff dealership could not establish that the defendant dealership’s actions caused the economic damages the plaintiff claimed.

Other facts and legal arguments also informed the court’s decision in the Stewart Agency case. As this decision illustrates, unfair competition cases can involve complex facts and require careful legal analysis. If you would like to know more about this case, or about unfair competition laws and lawsuits in Florida, contact a Fort Lauderdale business law attorney at Sweeney Law.