More Common Construction Contractual Terms That Can Cause Problems 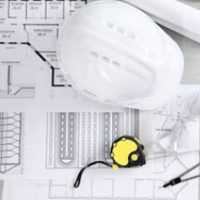 A while back, we wrote about common terms in construction law contracts that contractors, builders, or owners entering into construction law contracts, should be aware of. Let’s take a look at other provisions, which are standard in almost every kind of contract—so standard, that many people overlook or ignore them, even though they can have consequences if there is later a legal problem.

Choice of Venue – If both the builder and the owner are from the same state, or at least, both from South Florida, this may not be a problem; any legal action would likely be filed in South Florida anyway. But when one party is from another state, or perhaps has offices in many states, a choice of venue clause can become very important.

If you are a Florida construction company, you don’t want to have to file your lawsuit, or be hauled into court if you are sued, across the country in another state. That would be costly, and require you hire attorneys somewhere that you are completely unfamiliar with.

A Choice of Venue clause will make sure that both parties know where a lawsuit can be filed, if it is ever necessary.

Choice of Law – Knowing where a lawsuit can be filed is one thing, but what state’s law will apply? Again, this is usually a concern where one party to the contract is from another state, or has offices in multiple states. Wherever your construction law attorneys are located, would probably be the state law you would want to have applied in the event of a dispute.

Arbitration can be helpful if you think that a jury may not sympathize with you. But also can be quicker than a lawsuit. But if you are the party suing and thus seeking damages, you could find that arbitration cuts off your ability to obtain the evidence that you need to prove your case.

A waiver clause ensures that voluntarily allowing what would otherwise be a breach of the agreement, doesn’t prevent you from bringing a lawsuit for other breaches of the agreement should they occur.

Call our Fort Lauderdale construction attorneys at Sweeney Law P.A. at 954 440-3993 to help you if you have a dispute involving a construction law contract.