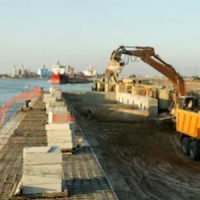 Construction accident cases often involve claims of liability alleged against owners, contractors, and subcontractors. Recently, in a case brought by an individual who was injured walking on the edge of an unfinished dock that was under construction, a Florida District Court of Appeal was called on to apportion liability among these parties.

The plaintiff in Walters v. Beach Club Villas attended a party hosted by two condominium owners at the defendant Beach Club’s condominium. At the time of the party, repair work had been started on the Beach Club’s boat dock, but the repairs were stalled because of a dispute between the defendant Beach club and the subcontractor it had hired to make the repairs. The plaintiff was injured while walking on the dock under repair.

What Did the Court Decide?

Generally, defendants who are apportioned fault are normally obligated to a plaintiff for damages in proportion to their own percentage of the fault, the court explained. In this case, however, a different rule applied, and the court went on to explain why.

In this case, the plaintiff party-goer had the legal status of an “invitee” on the condominium grounds. Generally, property owners must, with respect to invitees:

For more information, or if you have questions about apportioning liability among construction contractors and property owners, contact a Fort Lauderdale business lawyer at Sweeney Law.