Diminution In Value As Damages In Construction Law Cases 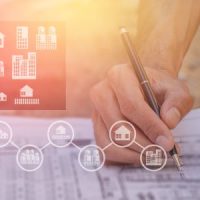 Let’s say that a construction project is not built according to the contract. When that happens, sometimes revisions can be made, or extra work can be done, to bring the structure up to the level it was supposed to be under the terms of the agreement.

But other times, simply revisions can’t be made. Bringing the property up to the contractual requirements would require completely tearing down and rebuilding the structure, or perhaps the owner would lose millions in the delays that would be caused if the property had to be rebuilt, because of loss of business or revenue.

Whatever the situation, the bottom line is that bringing the structure up to the level it was supposed to be built under the contract is simply not practical. So how then does a party that has been aggrieved because of the breach of a construction contract get its damages? How are damages measured in that case?

One way is by calculating what is known as diminution in value. This measure of damages is often used in car accident cases, such as when a car is repaired, and then works, but the value is less because the car has been in an accident. But diminution in value also has a place in construction law.

As you can imagine, to figure out what a diminution in value is, will often require expert opinion as to the fair market value of property (sometimes referred to as actual cash value) with and without the defects. Generally, the law will assume that there is a purchaser who is “willing but not obligated” to purchase the property, and ask what that purchaser would pay.

Usually, appraisers can be used, but any expert that can testify as to value or revenue should suffice.

With some structures, value isn’t just what someone would pay, but can include any revenue loss, if the property is revenue generating itself, such as rental property.

The loss in value may not be tangible. The loss of diminution may just relate to stigma—that is, the perception that damaged property, or property that hasn’t been constructed properly, is somehow damaged, even if practically it is not. Someone aggrieved by a breach of a construction contract can recover for the loss of value caused by that stigma.

Value doesn’t just mean market value. Where there may be some sentimental value—although this is admittedly rare in the construction law context—courts will often allow parties to exceed actual diminution in value (that is, to exceed the fair market value) to compensate for sentimental value, even though there may not be an exact way to calculate damages.

We can help if you have a legal problem related to your construction law contracts. Call our Fort Lauderdale construction attorneys at Sweeney Law P.A. at 954 440-3993 for help today.