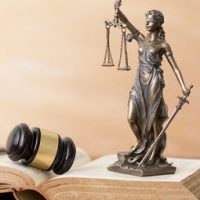 Florida’s Civil Theft statute is an appealing claim to many plaintiffs because, if successful, it permits recovery of treble damages and attorney fees. Civil theft claims can be alleged by individuals and businesses alike, and are meant to create civil liability for criminal practices that are violations of 812.012-812.037 or 825.103(1) of the Florida Statutes (i.e. crimes of theft, robbery, and exploitation of elderly persons). However, a civil theft claim includes many nuances and high proof requirement in its pleading in order to survive a motion to dismiss. Defendants to a civil theft claim would be wise to know these weak points to a civil theft claim so that they can most effectively attack them.

Civil theft issues are usually akin to the crime of embezzlement. Embezzlement is a form of theft that involves a relationship between the thief and the victim. The one accused of embezzlement had been entrusted with the care of money or property by the victim. The one to whom the money or property is entrusted seizes the property without the authorization or knowledge of the victim for his own personal gain. Generally, allegations of embezzlement will lead to criminal charges.  In some specific instances, a civil theft claim may also be brought against the thief in order to recoup what was lost and receive monetary compensation for the damage caused by the original theft. However, if a civil theft claim is brought first a good attorney will negotiate for the release of all future civil and criminal claims (be them embezzlement or any other applicable crimes) arising from the actions that took place to bring about the civil theft claim. It won’t necessarily bar the State from bringing up criminal charges independently, but it will be useful for the defendant by not allowing the Plaintiff to bring the criminal claims to the State.

A claim for civil theft mandates that a party must serve a pre-suit demand letter to the person liable for the damages. See 772.11 of the Florida Statutes. The demand letter must demand $200 or the treble damage amount of the claim. If the recipient of the demand letter complies and pays the money within 30-days of receipt of the letter, the person is relieved of any further civil liability and shall be given a written release of the claim.

Notably, a civil theft claim is more problematic to prove than other similar causes of action. This is because a civil theft claim requires a showing of “clear and convincing evidence” rather than merely a preponderance of the evidence standard. Clear and convincing evidence commonly falls somewhere in between the preponderance of the evidence and beyond a reasonable doubt. See Slomowitz v. Walker, 429 So. 2d 797 (Fla. 4th DCA 1983) (“clear and convincing evidence requires that the evidence must be found to be credible; the facts to which the witnesses testify must be distinctly remembered; the testimony must be precise and explicit; and the witnesses must be lacking in confusion as to the facts in issue. The evidence must be of such weight that it produces in the mind of the trier of fact a firm belief or conviction, without hesitancy, as to the truth of the allegations sought to be established.”).

In addition, civil theft claims require proof of “felonious intent.” Simply put, this means a plaintiff must prove that one “knowingly obtained or used or endeavored to obtain or use” plaintiff’s property with felonious intent to either temporarily or permanently deprive plaintiff of its use of the property. Almeida v. Amazon.com, 456 F.3d 1316 (11th Cir. 2006). Therefore, just because someone owes you money under a contract, and fails to pay, does not equate to civil theft. Florida case law has copied the reasoning of Florida’s “criminal intent” cases and the corresponding statutes, and has employed that reasoning to determine what constitutes “felonious intent to steal” in a variety of case scenarios. In the absence of pleading and proof of the defendant’s felonious intent, a finding of conversion alone will not in and of itself support a finding of “felonious intent to steal.”

Sweeney Law, P.A. Has Vast Experience in Prosecuting and Defending

Brendan A. Sweeney, Esq., LL.M., of Sweeney Law, P.A., a boutique firm in Fort Lauderdale, Florida, regularly handles complex litigation matters throughout Florida. Brendan A. Sweeney, Esq., LL.M. is an AV Preeminent Martindale Rated Attorney, that has been recognized as a Florida Super Lawyer in 2019, Florida Legal Elite in 2019, and as a Florida Super Lawyer Rising Star in 2018, 2017, 2016, 2015, and 2014. If you have any civil theft questions and/or issues then contact Sweeney Law, P.A. at (954) 440-3993 immediately to protect your rights. www.sweeneylawpa.com.