Can A Project Neutral Assist You In Resolving Construction Disputes? 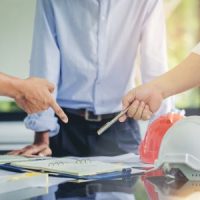 In many construction contracts there are alternative dispute resolution provisions. These are parts of your contractual agreements that may require you to submit to arbitration or mediation, before filing a lawsuit, or before going to trial. Whether you like these provisions or not may depend on whether you’re the party suing or being sued, but in any case, one thing that is uniformly agreed on is that these alternative dispute resolution (ADR) methods can be slow.

Normal ADR Can be Slow

Bear in mind, all ADR methods, such as arbitration or mediation, are still faster than a lawsuit, and can resolve filed lawsuits much faster than a trial. But when you’re in the midst of a contraction project and a dispute arises, you need answers and resolutions fast. The idea of gathering evidence, hiring a mediator, getting decisionmakers together at the mediation, and drafting an agreement just to resolve everyday disputes that may arise on a construction site may be longer than either party can wait.

That’s why many construction contracts have what are known as “Project Neutrals.” These are individuals who are hired and trained to resolve your construction project disputes on the spot. They are often people with some familiarity in the construction industry, and can even be architects or contractors, though they can be legal professionals as well. In many cases, they are trained and certified ADR specialists, like mediators or arbitrators.

They also may have familiarity with the project itself, the parties, and the contractual agreements between the parties. Because they already have a solid background with the project, they are in a position to make quick, efficient and educated decisions, on site.

Think of neutrals like your on-the-spot, at-the-ready conflict resolvers.   Neutrals avoid delays that may occur with traditional ADR methods, delays that, in the construction industry, can end up being very costly.

Decisions are Not Binding

Usually, a project neutral doesn’t make final, binding decisions—the parties aren’t waiving their rights to go to court if, for example, there was a material breach of the contractual agreements. But a neutral allows the parties to maintain control of their own destiny, and whether they want to resolve a matter.

Project neutrals can also make sure that small problems don’t escalate into bigger problems. Sometimes the neutral can get the parties to agree to an on the spot solution to daily problems that may arise, thus avoiding lawsuits and lawyers. If there is a dispute about damages because of a potential breach, the neutral may get the parties to agree to price or payment alterations.

Putting Neutrals in Your Contracts

Many standing contractual documents include provisions for neutrals, such as the American Institute of Architects Documents. There, the neutral is called an “Initial Decision Maker.”

Of course, you can always write in your own provision for a neutral, even if the agreements you have been using don’t include them. Call our Florida construction attorneys at Sweeney Law P.A. at 954 440-3993 for help to review your construction law agreements.