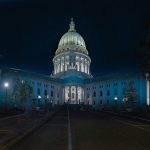 Earlier this month, the Federal Trade Commission (FTC) who created the Telephone Consumer Protection Act (TPCA), brought the major issue of robocalls to the Senate floor to seek policy reform and to combat unsolicited automated phone calls to cell phone users. The FTC claims that the issue of robocalls has only gotten worse over… Read More »

Wireless Telemarketing and The TCPA: Learn The Facts

Unsolicited telemarketing to wireless devices is an issue we run into often here at Sweeney Law. The Telephone Consumer Protection Act (TCPA) lays out strict rules for the lawful conduct of telemarketers, yet many companies and organizations are finding ways to confuse consumers. Whether you’re a consumer or running a business, we want you… Read More »

3 Things To Know About TCPA

First and foremost we need to break down what the TCPA is by looking a little deeper into its background and history. TCPA stands for the Telephone Consumer Protection Act, and it was signed into law in 1991 to help limit telephone solicitations or telemarketing, and the has regulations on the use of autodialers,… Read More »

Equifax Data Breach: What Consumers Need to Know and Need to Do

Earlier this month Equifax revealed that it suffered massive data breaches and were hacked on two separate occasions. Troubling, is that the hackers were able to obtain accessed people’s names, Social Security numbers, birth dates, addresses and, in some instances, driver’s license numbers. They also stole credit card numbers for about 209,000 people and… Read More »

Business Basics: How to Stay in Compliance with the TCPA

If you a running a business that uses telecommunication to connect with potential customers or consumers, you’ll need to know a thing or two about the Telephone Consumer Protection Act and how to stay in compliance. A Bit of Background The TCPA was developed as protection for marketing consumers, but the rules and regulations… Read More »

Steps Borrowers Should Take in a Credit Card Lawsuit A Federal Reserve report from earlier this month indicated that as of June of 2017 Americans have $1.021 trillion in outstanding revolving credit. Revolving credit is a type of credit that can be used repeatedly up to a certain limit as long as the account… Read More »

In Afewerki v. Anaya Law Grp., 9th Cir., 15-cv-56510, 8/18/17, the Ninth Circuit held that false statement by a debt collector must be “material” to be actionable under the FDCPA and clarified its interpretation of materiality. In Afewerki the defendant law firm, Anaya Law Group, filed a complaint in California state court for an… Read More »

Are you facing wage garnishment and wondering if there are any actions you can take to fight it? If so, we encourage you to reach out to Sweeney Law, P.A. as soon as possible. Every situation is unique, but in many cases, it is in your best interest to consult with a wage garnishment… Read More »

Are You a Victim of Auto Dealer Fraud?

With their high-pressure sales tactics and domineering personalities, car salespeople have developed a reputation for being untrustworthy and dishonest. Shopping for a new vehicle can be an exciting experience, but the process can swiftly turn into a nightmare if the car dealer carries out fraudulent practices known as auto dealer fraud. This type of… Read More »

A civil complaint was filed earlier this summer in the Southern District of Florida against a Pompano Beach based debt-relief fraud scheme that resulted in about 15,000 consumers being duped out of approximately $70 million. The complaint seeks relief against several interrelated entities as well as officers of the entities. The defendants include, 321Loans… Read More »