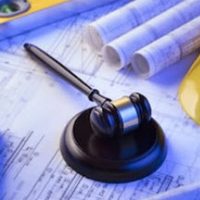 Parties who are negotiating over arbitration terms have many factors to consider.  There are general factors such as whether the clause is mandatory or permissive and the process by which the party can invoke the clause.  Other factors will be specific to the kind of project being completed and the special needs of each party.  Firstly, the parties must seriously consider whether the arbitration clause is in conflict with another provision in the contract.  For example, if there is a term addressing in-court resolution of a dispute, there cannot exist an arbitration clause that contemplates that all disputes must be arbitrated. Other considerations are specific to the structure of the arbitration proceeding itself including the number of arbitrators and whether they should require any special qualifications for the arbitrators.

There are pros and cons to including an arbitration clause in a construction contract.  The pros are an obvious ability to control the proceeding as to make the process work for your side.  Another pro to using arbitration is that it permits the parties to have the opportunity to take certain issues out of the realm of the court.  A possibly unfavorable aspect to using an arbitration term in a construction contract is being compelled to arbitrate for unforeseen circumstances that may receive better treatment in court.

Let Us Help You Today

Fort Lauderdale construction lawyer Brendan Sweeney is highly experienced and will guide you through drafting and reviewing your construction contract as well as advise on whether an arbitration clause is right for you. Contact us now for a consultation.