Yes, You Can Enforce An Oral Promise 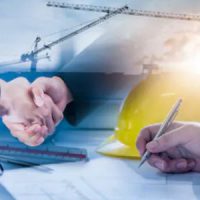 Can you enforce a promise in a Florida court? Despite common belief, you actually can. But there are specific requirements to do so, and problems that can arise when trying to enforce a promise.

Why Rely on a Promise?

Sometimes, a promise is just a contract that is never put into writing. Other times, it may be a promise that doesn’t meet the formal requirements of a contract. Either way, there is no written document memorializing what the parties said, did or agreed to.

However, oral promises are enforceable under a legal theory called promissory estoppel, or detrimental reliance (the two are used interchangeably). The law allows these kinds of claims, because the law recognizes that sometimes people make promises that others rely on, and it wouldn’t be fair to allow those people to renege on their promises, just because they may not meet the legal formality required for an enforceable written contract.

To have a valid and enforceable claim for promissory estoppel, it must be shown that:

Let’s look at a simple example, to see how promissory estoppel may work in a construction context.

Owner says to builder, “come down to Florida, and I’ll pay you $100,000 to build my home.” The Builder packs his things, refuses to take other possible jobs so he can make time for the Owner’s job, and spends money buying materials and hiring people, only to have the Owner back out of the promise.

There cannot be a written contract, for there to be promissory estoppel. Although you can sue for both, ultimately, a Plaintiff in a court case will have to choose between estoppel or breach of contract if there is a written agreement.

Additionally, estoppel cannot be used to overcome the Statute of Frauds—the law that specifically says what kinds of contracts must be put in writing to be enforceable.

Call our Fort Lauderdale construction attorneys at Sweeney Law P.A. at 954 440-3993 for help today if you have a construction law dispute of any kind.