When Change Is Too Much Change: The Cardinal Change Doctrine 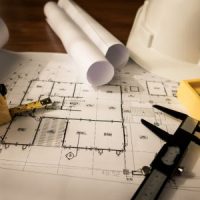 We all know that when it comes to construction, things don’t always go as planned. Changes happen, delays, price fluctuations, and change orders can all throw an otherwise orderly, well planned out job, into chaos. But overall, the fundamental, core purpose of the contract doesn’t change. Or does it?

In fact, it can, and often does. This often happens with government contracts. Although most construction contracts (with the government or not) do have some provisions for change, and who bears the costs of any changes, what happens if the change that is requested fundamentally alters the job? Or turn it into something completely different than what you bargained for?

This is called the Cardinal Change Doctrine. The doctrine applies when a change is so drastic that the builder has to do something significantly and martially different than what was originally bargained for. The requested modification alters the fundamental nature of the contract. To complete the contract with the changes, the builder or contractor is now having to do something materially different than what was originally anticipated or bargained for.

A cardinal change can happen when there is one, large change order or request, or when a series of smaller requests ends up altering the agreement.

What Constitutes a Cardinal Change?

Simply having to do work out of sequence or in a different order, or the fact that a job or materials may cost more than what the contractor thought, won’t be enough to be considered a cardinal change.

Courts will look to whether a change significantly increases the work that has to be performed, the type of work that the builder is doing, or whether the cost of the work significantly exceeds the costs originally contemplated in the contract because of the requested changes.

If the changes are not accepted, the contractor may be best served simply stating that they reject the changes, but are willing to proceed as contracted-for, thus allowing the owner to make the decision to stop the work. This could put the owner, and not the builder in a position of being in breach of the agreement.

Make smart decisions when you have a construction law problem. Call our Fort Lauderdale construction attorneys at Sweeney Law P.A. at 954 440-3993 for help today.