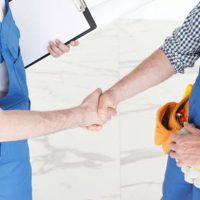 In the eyes of the law, you are free to make your own mistakes when it comes to entering into a contract. That means that a contract can’t be voided, avoided, or nullified, just because it’s unfair, or one sided, or because one person is getting a  better deal than the other.

Courts don’t care about bad deals, or making sure that everybody gets an equal bargain in any given contract.

But there is one time when courts do care, and when a contract can be avoided, if it is completely and totally unfair to one party to the contract. It’s called unconscionability, and although it is rarely used, it is something that may be helpful for you to be aware of.

Unconscionability is an affirmative defense to a contract–a way of defending yourself, should someone allege that you are in breach of contract.

First, you have to show that something about the formation of the contract was inherently unfair, coercive, or imbalanced. Often, two parties with very different bargaining power, will be susceptible to unconscionability arguments. There must almost be an absence of any reasonable choice.

Although not in a construction law context, imagine someone who has to sign a contract to get a loved one into a nursing home. That nursing home may be the only one that can take care of the loved one, or the only one within any reasonable distance from the family. The family and the resident may have no real choice, other than to sign whatever is put in front of them.

In addition to unfairness, pressure, or lack of meaningful choice in entering into the contract, the terms of the contract itself, must be so inherently imbalance, that the terms would shock the conscience, or else, be so one sided that a court would not enforce the contract as a matter of public policy.

In construction law, unconscionability is a bit rarer than it is in other legal areas, simply because the parties tend to be more professional, more educated, and more aware of their legal rights. Additionally, there is rarely a contraction contract where one party feels as if they have no choice but to sign the agreement–parties tend to have options in construction law.

However, there can be situations, such as emergency repairs, which can lead to unconscionability due to a lack of choice by a party in signing the agreement.

Our Fort Lauderdale construction law attorneys at Sweeney Law P.A. at 954 440-3993 are here to help you with your construction and business law related contracts and legal disputes.