What Is Time Is Of The Essence, And When Should It Be Used? 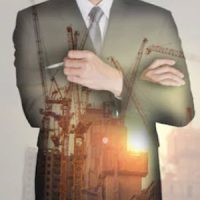 When you agree to a contract with another party, you may assume that completion of the project or the tasks in the contract in a timely manner, are automatically required. But you may be surprised to know that timelines or expediency isn’t always something that courts consider to be as important as you consider it to be.

There are many cases when parties agree on something in a contract, but there are no time frames set out in the agreement that specify when performance of the contractual provisions are to be made. Often, the parties won’t specify when an action is to be performed, and if it does, the contract may not specify how soon after performance that payment or consideration for the performance has to be made.

In fact, even when a contract does contain deadlines for performance, courts won’t always consider a violation of the stated time frames to be a breach that is serious enough to warrant a damage award. As long as everyone gets what they bargained for, and there is no harm done, a court will often be hesitant to punish a party, just because it performed its duties under an agreement a bit later than the contract specified.

Including Time is of the Essence

So if time is important to you, or if performance absolutely must be made in a timely manner, how do you make sure that happens?

It can be done through a “Time is of the essence” (TOTE) clause, a clause that appears in many contracts, but few people actually know why, or what it does.

A TOTE clause is a way to say that time frames under a contract aren’t just for convenience, but rather, that a party will suffer material harm-the kind of harm that should warrant a damage award—should a party be late to fulfill a contractual obligation. TOTE clauses are usually enforced by courts—although many will still look the other way, if the delay in the agreement is simply payment (that is, if a party pays what is owed under the contract just a bit later than when the contract says payment must be made).

When Should they be Used?

Time is of the essence clauses should be used when delays can cause serious damages. This is common in construction projects and contracts. An owner may have opening deadlines, and thus, may need a project fully constructed by the stated date. A contractor may have 10 other jobs lined up, and may need to finish this job immediately, requiring the owner to do its duties in a timely manner.

Real estate contracts often have TOTE clauses, because everything in a closing relies on other events, so one missed deadline, such as for financing, or an inspection, can throw the entire closing off schedule.

These clauses can help you enforce contractual delays later on, by telling a court that time matters, and that both parties agreed to that beforehand.

Call our Fort Lauderdale construction law lawyers at Sweeney Law P.A. at 954 440-3993 for help with your next construction project.