What Is Termination For Convenience? 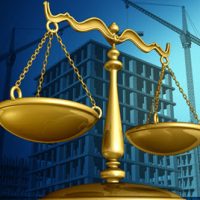 Let’s imagine that you are a subcontractor and I am a general contractor and we have a construction contract. I contract with you and hire you to do some electrical work on my project. But in the contract you agree that if I find someone else who will do the electrical work cheaper, or faster, or if I find another subcontractor that for whatever reason is better suited for the job, I can get rid of you without penalty.

Would you sign that kind of contract? Many people do, and these kinds of provisions are generally enforceable. The contracts that allow someone to end a contract with a subcontractor for any reason whatsoever, are called termination for convenience clauses.

What is Termination for Convenience?

In most cases, these contracts will say that if you are a subcontractor, and your contract is terminated for convenience, that you will be paid for the portion of the work that you already performed. So, you are limiting yourself to a prorated amount of the contractually agreed payment.

What a termination for convenience does restrict you from receiving as a subcontractor in the event the termination is carried out are all other forms of damages. For example, you may have lost profits on the completed job, or opportunity when you turned down subcontracting work on other projects.

At least one Florida court has said that absent contractual language to the contrary, even though it’s called a termination for convenience, there is no good faith requirement that needs to be shown. In other words, the general contractor (or whoever the other side of your construction contract is with) doesn’t have to show any good faith.

Just getting rid of you, the subcontractor, because it found someone “better,” is fine, absent language in the agreement to the contrary, or limiting the ability to terminate.

To have a valid and binding contract, in any area of law, both sides must be legally bound. A contract that says “I will do A, and you will do B, unless you decide not to in which case you are excused without penalty” is called an illusory contract because one side isn’t actually bound by the terms of the agreement.

Do You Want A Termination for Convenience Provision?

Whether you want a termination for convenience clause depends on who you are. A subcontractor may not want to sign an agreement with that provision at all, for fear of being booted off a project for no reason. For a Contractor, the provision can provide flexibility, and the ability to procure better, cheaper or faster help, if it is found after contracts are signed.

Call our Fort Lauderdale construction attorneys at Sweeney Law P.A. at 954 440-3993 for help today if you are a contractor or subcontractor and have any kind of legal problem.