What Is A Project Labor Agreement? 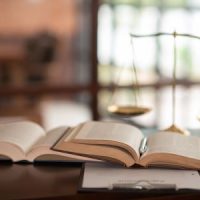 In many industries, you know if there is a union for your workers or if there isn’t. In other words, you don’t start a project, job, task, or goal, and find out afterwards that in some of those jobs, your workers are unionized, and in some they are not. But that isn’t the case in construction projects, which is unique from many other industries in that you could find your workers unionized in some jobs, but not in others.

Enter the project labor agreement, or PLA. A PLA is a collective bargaining agreement for your workers, on a temporary, project-by-project basis. Some jobs will have no PLA. However, for the ones that do, your worker’s benefits and wages are mandatory and predetermined, just as they would be in a union. There may also be other rights that are traditionally found in a union collective bargaining agreement.

As a condition of employment, the contractual agreements or the government may require your workers to join an existing union.

The construction industry is the only one in which this “per job” union arrangement is allowed.

There may be PLAs on government (public) projects or private ones, but in government jobs, they are not negotiable—if the government requires that your workers be union, or have a labor agreement, you won’t have any choice but to allow and accept it.

In fact a recent presidential executive order has now made PLAs required on federal construction projects that are over $35 million. Contractors looking to bid on government projects that exceed this amount, need to be wary of PLAs.

The amount that a PLA will require you to pay employees will vary. For federal projects, the amount is set at $15 per hour as a minimum. However, in other areas, the wage amount could be higher; the $15 is simply a minimum, and on projects that aren’t federal government, local governments can set their own requirements.

Additionally, you may be subject to dispute resolution when you attempt to fire employees when there is a PLA, just as you would with a union. However, unlike a union, many PLAs have restrictions on worker strikes.

Good or Bad? Plan Ahead Either Way

Whether PLAs are a good thing or not depends on your perspective; employers tend to find they increase the cost of a job, and employees tend to see them as protection.

If a PLA is in effect or you may be subject to one, you may want to take the added costs associated with the PLA into account when bidding on projects, or when entering into contracts. That may also include building extra time into the job, to account for PLA-related issues, such as workers challenging a workplace policy, challenging their wages, or challenging a termination.

Our Fort Lauderdale construction attorneys at Sweeney Law P.A. at 954 440-3993 can help you with labor issues or disputes on your construction project.