WHAT IS A CHANGE ORDER IN A CONSTRUCTION PROJECT? 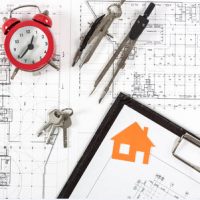 When negotiating a construction contract, it is often difficult for the parties to absolutely define the scope of the work that is to be completed. These types of agreements are frequently altered during performance of the project. This is accomplished through a process commonly referred to as a ‘change order’. A change order is defined in Florida Statutes section 713.01 as labor, services, or materials for improving real property authorized by the owner and added to or deleted from labor, services, or materials covered by a previous contract between the same parties. Generally, owners dislike Change Orders because they can increase the cost of the Project. On the other hand, contractors generally enjoy Change Orders because they increase the cost of the Project but sometimes lament in the additional time it will now take to complete the project. Often, owners and contractors will become involved in a dispute because of a disagreement regarding change orders.

Today, most large-scale development projects include some type of system to allow changes to the original contract. Obviously, it can sometimes be fundamentally difficult, if not impossible, to anticipate future needs for a construction project. The most common reasons why mid-project changes are made to construction-related contracts in Florida are often:

Most of the time disagreements relating to change orders center on whether an item is in fact a change order or rather something that was already included in the original contract, whether the owner permitted the change, or whether the parties decided on the price of the supplementary work. Accordingly, when preparing a construction contract, it is imperative to make sure that the scope of work is well defined. So long as the scope of work is well defined, it is more unlikely that there will be disagreement over what is included in the contract and what is an extra to the contract. One way to avoid these issues is to be sure that your construction contract includes a provision specifying how change orders will be handled. For instance, construction contracts often include a ‘construction change directive’ within the original agreement. This directive allows the owner of the project to make unilateral changes to the order. How the requested changes will modify the price and timing of delivery depends entirely on the specific circumstances in question. Another example would be a contract clause that included a provision that authorization for extra work must be in writing, signed by both parties; or that the contractor is not required to proceed with the work until there is an agreement on the scope, price, and additional time; and also make sure to include the identity of persons authorized to approve change orders on behalf of both parties. The point is a well-drafted construction contract should have instruments in place whereby these issues can be negotiated and resolved fairly simply while work on the overall project proceeds.

Much of the risk inherent in a change order falls on the owner. Although not a part of the standard American Institute of Architects (AIA) contract, one method for preventing unprincipled change orders and guaranteeing compliance with original contract terms is the addition of a right-to-audit clause. These audit rights can protect owners from the start by detailing how contractors should conduct business on a given project, including progress reporting, and aspire to reduce contractor mistakes and improprieties.

Another reason change orders can be worrisome for owners is that often they lead to unexpected delays in project completion and the costs of those delays can be unloaded on the owner. In order for a contractor (or an owner, for that matter) to claim damages from delay due to change orders, one must show that delays affected what is known as the “critical path” of the project. Delay alone, “is not enough…there must be delay of an activity on the critical path for there to be project, or compensable, delay.” Mega Const. Co. Inc. v. United States. 29 Fed. Cl. 396, 424-425 (Fed. Cl. 1993). This rule reasons that not all delays will result in an expansion of the time necessary to finish the project. In evaluating delays, it is important to consult a construction lawyer who can evaluate the delay and whether it impacted the critical path.

Additionally, one extra caveat to the “change order” is that since it normally leads to an increase in the work to be done and the time it takes to do that work, it also extends the deadline for a contractor to record a claim of lien on the owner’s property. Usually the deadline to record a claim of lien on a property is 90 days from the commencement of contracted for work on a project. But, as long as the change order work was ratified in good faith, and performed within a reasonable time, the change order work will establish a final furnishing and extend the 90-day deadline to record a claim of lien.  See e.g. Zupnik Haverland, L.L.C. v. Current Builders of Florida, Inc., 7 So. 3d 1132, 1134 (Fla. 4th DCA 2009).  In Zupnik, the court reasoned:

As for the developer’s argument that the [contractor’s] lien was untimely filed, the record reflects otherwise.  The “punch list” was a blending of [repair work] and additional work required under a [change order].  While some of the work [on the punch list] may not have tolled the time to record a lien, the parking lot work was authorized change order work.  This court has stated that “there are no steadfast rules to apply to determine if work constitutes a ‘final furnishing’; rather, the lower courts are to apply the Aronson test.” Michnal v. Palm Coast Dev., Inc., 842 So.2d 927, 933 (Fla. 4th DCA 2003), rev. denied, 882 So.2d 385 (Fla.2004) (citing Aronson v. Keating, 386 So.2d 822 (Fla. 4th DCA 1980)).  The parking lot work fulfilled the elements of the Aronson test in that it was done (1) in good faith, (2) within a reasonable time, (3) in pursuance of the terms of the contract, and (4) was necessary to do a “finished job.”

Therefore, whether work counts as final furnishing is ultimately determined by application of the so-called Aronson/Michnal test.  It follows that this test would apply to change orders as well. Accordingly, change order or extra work that is correctly added to the contract pursuant to its terms and accomplished within a reasonable time will likely satisfy the Aronson/Michnal test; signifying such work qualifies as final furnishing and extending the time with which a builder has to record the claim of lien.

Brendan A. Sweeney, Esq., LL.M., of Sweeney Law, P.A., a boutique firm in Fort Lauderdale, Florida, regularly handles complex litigation that concern change orders throughout Florida. Brendan A. Sweeney, Esq., LL.M. is an AV Preeminent Martindale Rated Attorney, that has been recognized as a Florida Super Lawyer in 2019, Florida Legal Elite in 2019, and as a Florida Super Lawyer Rising Star in 2018, 2017, 2016, 2015, and 2014. If you have any questions and/or issues regarding change orders contact Sweeney Law, P.A. at (954) 440-3993 immediately to protect your rights.