What Does it Mean to Do Construction in a Good and Workmanlike Manner? 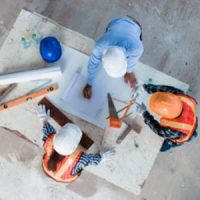 In almost every construction contract, there is the promise or guarantee that the work will be performed in a workmanlike manner. Even if this explicit provision is not in your contract (as it should be), there is almost always a general duty to perform contracts for construction work in a good and workmanlike manner. But “workmanlike” is a vague term, and parties can differ on what that word means—if they even understand how to define such a term.

As a general rule, doing something in a good and workmanlike manner means that it is being done according to community standards—the way that someone in your field or specialty would do, in a similar job as you are doing.

But community standards aren’t always uniform, and even then, a client or owner can argue that something was unworkmanlike, if it isn’t up to their own subjective standards. Nowadays, it’s not so much community standards that matter, as it is how someone else, who had your degree of skill, training experience and competency, would do the job.

But even this definition can lead to disputes. Certainly, your own definition doesn’t matter so much—of course, you’re going to think that you performed the work in a good and workmanlike manner.

As a general rule, work that is performed according to the plans, without defects (or material defects) and that conforms with established standards in your industry will be considered workmanlike.

Although most construction cases don’t define what “workmanlike” actually means, some contracts do get a little bit more specific. The good is that there is less ambiguity, and thus, less chance of a dispute that causes a delay in, or refusal to, pay for the performed work when the term is specifically defined.

The bad part about more specific contracts, is that the construction company must meet the contractual standard of what workmanlike actually means, no matter how high the contract sets that standard.

What Happens if Something is Not Workmanlike?

If work is not performed in a workmanlike manner, you may, depending on the contract, be able to make corrections or repair what is wrong. Unfortunately, the costs of those repairs may end up coming out of your pocket, or being subtracted from your total payment.

Seriously deficient work, especially that where the owner has to pay to redo the work, or to repair what you have done, can end up with a lawsuit. And because often construction work isn’t a matter of just replacing one part, but can lead to wholesale replacement of vast parts of construction work, those damages can be significant.

Is there a dispute that is keeping you from being paid for work that you performed? Call our Fort Lauderdale construction attorneys at Sweeney Law P.A. at 954 440-3993 if you have any dispute related to your construction project or construction contract.