What Damages Are Available In A Breach Of Contract Case? 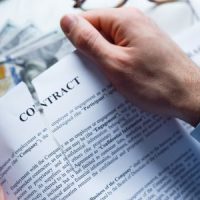 This is a measure of damages that puts you in the same position as you would have been, had the contract been performed. If you were supposed to get money from performance of the contract, how much were you supposed to have received? If someone was supposed to do something for you or supply something to you, how much did you lose, by the failure to fulfill the promise? If you supplied a product or service, and never got paid for it, what is the value of what you did or provided?

Sometimes, breaches of a contract have other consequences. Consequential damages are damages that stem from the failure to perform under a contract, but which aren’t directly a part of the contract.

For example, company A says that they will supply you with a bright, beautiful new road sign for your business. You pay, and they fail to supply the sign. You’re out the money you paid. But what about lost business because of the sign? Maybe customers can’t find your business, or your revenue is down, because of the lack of any signage? Consequential damages just naturally flow–or are caused by–the breach of contract.

Recession is the undoing of a contract completely, to put the parties back in the position they would have been, had the contract never existed. Often, the damages may be similar to just general expectation damages, but they need not be. Rescission isn’t just excusing someone from further contractual performance—it may require repayment of moneys paid under the contract.

Often, contracts will have a provision that says what the damages are, if the contract is breached. It is unnecessary to actually prove damages—the liquidated damages clause has the amount of damages already set in it and that amount is awarded, once it is determined that a party is in breach of a contract.

Punitive damages are rare, and don’t often occur in breach of contract or construction law cases, but for other business wrongs, like breach of fiduciary duty, or injuries, punitive damages can be awarded.

Our Fort Lauderdale business law attorneys at Sweeney Law P.A. at 954 440-3993 can help if you have a business related lawsuit or dispute.