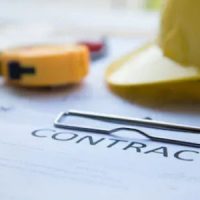 When you think of statutes of limitations—the time limit you have to file a lawsuit—usually, civil, business, or injury claims are the first kinds of claims that come into your mind. But construction related cases and claims also have time limits, which, if not followed, can result in the loss of the ability to ever bring a claim or lawsuit.

Statutes of Limitations in Construction Cases

Specifically, when it comes to claims involving disputes over construction and design disputes, Florida has a four year time limit to bring suit. That time frame starts when the latest of the following happens:

1) The owner takes “actual possession” of the property or building

2) The date a certificate of occupancy is issued

3) The date that the contract between the parties is either completed, or terminated

However, there is an exception when the defect that causes the dispute is latent or hidden—in that case, the four year limit begins from the time that the defect or problem was discovered or could have been, in the exercise of due diligence, discovered.

As you can imagine, relying on the “latent defect” exception to extend the 4 years, becomes a factual inquiry into what the owner could have seen, should have known, was told, or what the new owner did or didn’t do, in order to be certain the property was given by the builder as anticipated. The more obvious the defect is—for example, visual problems that can be seen with the naked eye—the less likely it will be that the 4 year limitations period can or will be extended.

Additionally, in many cases, the meaning of when the terms of a contract are completed, which would trigger the start of the 4-year time limitation, becomes a disputed issue. For example, whether a final payment, the issuance of relevant permits, or the completion of actual work on the project constitutes final completion, may not be clear from the terms of the agreement.

Premature termination – such as where a party declares the contract has been breached or otherwise declares that he or she is unwilling to complete their obligations under the contract–also can start the statute of limitations clock.

As a general rule, making corrections of defects in the construction, will not extend the four year time limitation to sue.

But the statute contains yet another provision that can cause problems for those making construction related claims: That latency exception doesn’t allow someone to sue a builder for an unending amount of time. Ten years is the ultimate cutoff. No matter how hidden, how undiscoverable, and no matter what the owner did or did not do, the owner cannot sue the builder after 10 years for construction or design related defects. That ultimate cutoff is sometimes known as a “statute of repose.”