Using Prior Verbal Agreements To Refute A Written Contract 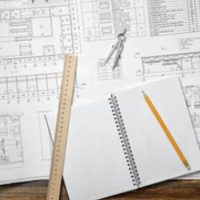 So you have spoken to an owner, or someone that wants to use you or your construction company for their project. You have a whole list of understandings, and it seems that everything is ready to go. You get a written agreement and you just assume that the written agreement says everything that you and the owner had previously agreed to verbally.

Later however, you find out that isn’t the case. Vital parts of your verbal understandings never made it into your agreement, or else, they made it in, but what is written doesn’t quite match what you had verbally agreed to.

This is because of what is known as the parole evidence rule. When there is a written contract, the court will assume that everything that you wanted in the agreement made it in, and anything you wanted left out, was purposely left out.

Exceptions to the Rule

There are limited circumstances where a party can use prior verbal understandings to modify a subsequent written agreement.

This is usually where the rite agreement has some kind of ambiguity. Sometimes a contract can be fairly interpreted two, conflicting ways. This is called a latent ambiguity, such as where a contract is silent on important rights or duties that the parties to the contract have.

Prior verbal understandings can also be used to show that the contract itself is void, or that the entire agreement should be unenforceable for some reason.

The classic example here is fraud. If a party made a verbal representation before contracting that turned out to be patently false and purposely misleading, and the other party relied on those promises or statements in entering into the agreement, the defense of fraud would require introduction of those prior verbal understandings.

Sometimes, an oral representation will be a condition precedent—that is, there was a verbal condition that had to be met, before the contract even came into effect. A party can use this information to try to refute the express written terms of a subsequent contract.