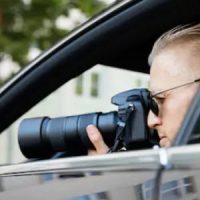 The use of private investigators (“PI”) in Florida litigation is more common than many people recognize. My general rule is that if the stakes are high enough then the likelihood of parties utilizing PI’s is there. A couple of years ago, Sweeney Law, P.A. was representing a surgeon that was forced into retirement due to a disability, specifically a bad back. Unfortunately for the surgeon, everyone knew and recognized that he was fully disabled, except for the parties that were responsible for paying his compensation due to the disability. We advised that client that due to the underlying claims and the amount in controversy, that it was very likely that a PI would be in the picture. I specifically recall being told that I was crazy and that there was no way a PI would be following around my client and his family around. Sure enough a couple of months later photographs and videos of the surgeon walking his very large dog in the morning come about during discovery. The argument being made at the time was that if the surgeon can walk his dog, then the surgeon can continue with practicing surgery. The surgeon in this case was severely disabled and there was nothing to really worry about. However, the PI evidence did put a bump in the litigation proceedings and some red herrings for the Court to address.

There are numerous purposes for retaining a PI, varying from locating people, searching for asset, to support in remedying a theft or even preforming a background check. Private investigators will be able to collect information and evidence that is important to your case and can support in time sensitive cases. Many individuals, though, worry that the evidence found from a hired private investigator may not be admissible in court. On the contrary, evidence gleaned from the use of a private investigator is generally admissible, however, one must be careful not to trounce on any legal or ethical implications.

Usually people speculate if the evidence gathered from hired private investigators can be used and hold up in court. They can take solace that, when done correctly, the evidence collected by a PI is not only legal but may make the difference between winning or losing a case. Therefore, it’s essential to only hire a professional private investigator who is licensed and has extensive training. Overall, information gathered by a PI is admissible, as long as it was gathered in a way that did not break the law. Essentially, any conversations that the private investigator overhears or any pictures taken in public places are typically legal and admissible. Nevertheless, there are some exceptions to consider such as whether or not the people involved have a reasonable expectation of privacy.

Legality issues arise if the evidence is not collected correctly and laws were broken to obtain information. Thus, it is crucial to understand that a PI is not above the law. They must still act in a way that is legal and they should act with integrity and professionalism.

Evidence a Private Investigator Can Gather

PIs aid in many situations so that attorneys can argue their case effectively. Mostly they are used for locating people and assets as well as collecting necessary evidence. Working with a private investigator can help influence your position to find creative and efficient ways to help improve your client’s odds to win a case. Some of the main types of evidence that a PI can collect are:

When an attorney is hiring a PI for assistance in litigation, the attorney must realize that the PI is considered the attorney’s agent and is thus bound to the same rules of ethics as the attorney. Most notably, Rule 4-84 of the Florida Rules of Professional Conduct state that a lawyer shall not violate or attempt to violate the Rules of Professional Conduct, knowingly assist or induce another to do so, or do so through the acts of another. This catch-all rule makes it clear that an attorney cannot get around the guidelines of Florida Bar ethics rules by using a private investigator. If a PI that was hired by an attorney is shown to have acted or performed an act that would have been unethical for the attorney themselves to perform, the attorney could be liable for ethical sanctions.

The important take away here is that if there is enough money at stake private investigators will be used. After that, it will be up to the attorneys and judge to decide how what they’ve gathered can be used.

Brendan A. Sweeney, Esq., LL.M., of Sweeney Law, P.A., a boutique firm in Fort Lauderdale, Florida, regularly handles complex litigation that concerns the use of Private Investigators throughout Florida. Brendan A. Sweeney, Esq., LL.M. is an AV Preeminent Martindale Rated Attorney, that has been recognized as a Florida Super Lawyer in 2019, Florida Legal Elite in 2019, and as a Florida Super Lawyer Rising Star in 2018, 2017, 2016, 2015, and 2014. If you have any questions and/or issues regarding Private Investigators contact Sweeney Law, P.A. at (954) 440-3993 immediately to protect your rights.