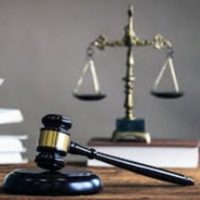 Florida’s Marketable Record Title Act (Chapter 712 of the Florida Statutes) (“MRTA”) was passed in order to liberate real property from older title defects by prescribing a 30-year limitations period on certain matters of title.  As stated in Florida Statute Section 720.04, “a marketable record title is free and clear of all estates, interests, claims or charges, the existence of which depends upon any act, title transaction, event or omission that occurred before the effective date of the root of title.”   Florida Statute Section 712.01(2) describes “root of title” as “any title transaction purporting to create or transfer the estate claimed by any person and which is the last title transaction to have been recorded at least 30 years prior to the time when marketability is being determined.”

One way in which MRTA can be important is in terms of the responsibilities of homeowners’ and community associations. Homeowners’ associations include certain covenants and restrictions in deeds to homeowners which take care of architectural control, insurance, maintenance obligations and use restrictions and other important matters. The Association can collect assessments from each homeowner in order to finance these expenses. A problem arises, though, if the covenants and restrictions, such as the Declaration, By-laws, and Articles of Incorporation are deemed unenforceable because they expired due to MRTA. If this was the case homeowners could stop paying their assessments and the community could fall into shambles because the Association may not be able to put into effect any of their covenants and restrictions.

Though MRTA has added to the responsibilities of homeowners’ and community associations in terms of ensuring their covenants are preserved under MRTA, the statute does have its benefits.  At to some amount, MRTA can simplify and limit the record search process necessary to establish marketability of title, thus aiding in the closing of real estate transactions.  Note though, there are exceptions to MRTA, which must be taken into consideration in the analysis of whether a particular title matter has been terminated by MRTA.  Florida Statute Section 712.03 enumerates these statutory exceptions.

In addition to the statutory exceptions, Florida case law has recognized an exclusion from MRTA with respect to recorded restrictions that are imposed as part of a process relating to governmental regulation or approval.  In Save Calusa Trust v. St. Andrews Holdings, Ltd., 193 So. 3d 910 (Fla. 3d DCA 2016), the Third District Court of Appeal contemplated whether a recorded restrictive covenant that predated the “root of title” would be extinguished by MRTA where the covenant was mandated by the Zoning Board of Appeals of Miami-Dade County (“ZAB”) in connection with a variance application.  Observing the well-established principle that government-imposed restrictions on property, such as zoning, do not impact marketability of title, the court held that, because the restrictive covenant at issue was imposed as part of the governmental approval process (in this case, through the ZAB), “the duly imposed restrictive covenant in [the subject] case [was] a governmental regulation, rather than an estate, interest, claim or charge affecting the marketability of title so as to be subject to extinguishment under MRTA.” Id. at 916.

Given the court’s decision in Save Calusa Trust, when considering whether MRTA pertains to the extinguishment of a recorded title matter, in addition to assessing the applicability of the statutory exceptions under MRTA, one must also consider whether the instrument at issue was recorded as a condition to, or in connection with, a governmental approval or regulation.  From a practical perspective, this may prove to be a formidable task.

Brendan A. Sweeney, Esq., LL.M., of Sweeney Law, P.A., a boutique firm in Fort Lauderdale, Florida, regularly handles complex transactional and litigation matters throughout Florida. Brendan A. Sweeney, Esq., LL.M. is an AV Preeminent Martindale Rated Attorney, that has been recognized as a Florida Super Lawyer in 2019, Florida Legal Elite in 2019, and as a Florida Super Lawyer Rising Star in 2018, 2017, 2016, 2015, and 2014. If you have any Marketable Record Title Act questions and/or issues then contact Sweeney Law, P.A. at (954) 440-3993 immediately to protect your rights. www.sweeneylawpa.com.