Time of the Essence Clauses in Construction Contracts 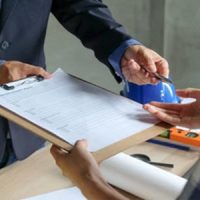 In almost every kind of contract nowadays, you see a time is of the essence (TIOE) clause. But in a construction law contract there can be loads of time periods, for all kinds of milestones. Is one general TIOE clause enough to protect parties?

What is a Time is of the Essence Clause?

A TIOE clause says that time limits in a construction (or other business) contract matter. That may seem obvious, but it isn’t always the case. In many contracts, time frames are not specifically noted, or a breach of a time frame, even if the date or a deadline is specifically stated, may be seen by a court as a non-material breach, and thus, would not constitute a legal breach of the agreement between the parties.

A TIOE clause says that every time frame, and every deadline, no matter how minor it may seem, matters, and that a breach of a time limit in the contract is a material breach that could entitle the non-breaching party to damages under the agreement.

Whether you like or want a TIOE clause depends on who you are. If you are the party doing the construction, you may want to avoid these clauses, as they can cause trouble if there is even the slightest delay in performance. You may want some leeway in meeting contractual deadlines. The opposite may be true if you are the party having something built for you.

How Courts Apply the Clauses

There is a tendency by courts to only apply TIOE clauses to provisions of the contract that the clause applies to. That means that if the TIOE clause is in one part of a contract, it may be held to be inapplicable to another part of the contract. General TIOE clauses make it difficult for a court to determine which deadlines are supposed to be material, and which are not.

Parties really looking to enforce deadlines, and TIOE clauses, may want to consider separate TIOE clauses for each and every deadline in the agreement.

For example, a general time is of the essence clause may mean that the closing date for real estate matters, and is material. But unless the clause says so, other deadlines, like for inspections, or time to turn over keys, may not be considered covered by the TIOE clause, unless you have a separate clause for each requirement or deadline.

TIOE clauses can be waived by the behavior of parties. If a party continually allows delays, or grants extensions, it may be difficult for the party to later sue under a TIOE clause. The best practice, if parties agree to extend contractual deadlines, is to establish a new date, with a new TIOE deadline.