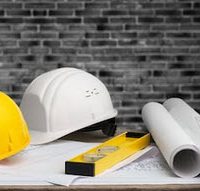 Scope of work terms sets out the details of the construction project.  It discusses the limits and boundaries to the work the contractor will perform.  This term is important especially for a contractor because the scope of the work can drastically change during the course of the project. Without a scope of work term to dictate what a contractor is and is not obligated to perform, the contract is rather open-ended. A scope of work term should also be specific in naming the work to be performed with a clause regarding the limits of performance. For example, if a contractor is hired to lay pipes and install the plumbing systems in a building, they should include a statement on exactly what this work encompasses.  The contractor should add a statement that excludes the kind of work that may be closely related, but are excluded as part of the contract.

Given the nature of construction projects, changes are inevitable.  That is when a change order comes into play.  A change order refers to any changes to the scope of work agreed to between the owner, contractor and other involved parties. Before a project commences, all parties involved must have a clear picture of what the change order process will look like.  This ensures that when a change must be made, it is made efficiently. This term should identify the communication channels, forms of communication and the individuals who have authority to approve or deny a change.

Attorney Brendan A. Sweeney is an experienced construction law attorney with years of experience advising on contractual obligations for both owners and contractors.  He also has extensive knowledge of Florida’s unique construction laws.  Contact us now for a consultation.