The Legal Mechanics of Quantum Meruit 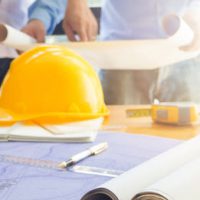 What is Quantum Meruit?

Quantum meruit (Latin for “as much as he has deserved”) is an equitable remedy that provides restitution for unjust enrichment. Unjust enrichment describes the scenario where one’s actions provide a valuable service to another thus requiring compensation even without the existence of a previously formed contract. In other words, a claim for quantum meruit is an action to recover the reasonable value of services rendered by one party to another usually based on a theory of quasi-contract. Quantum meruit is ordered at the conclusion of litigation or pursuant to an agreement. A court that awards quantum meruit will consider the reasonableness of the amount to make the aggrieved party whole. In the realm of construction disputes, proving quasi-contractual obligations for the purposes of quantum meruit can prove to be quite a complex process.