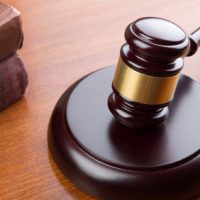 A “lis pendens” is a written notice that a lawsuit has been filed which affects title to real property or some interest in that real property.  A lis pendens is regularly referred to as a “cloud on title” and will stop the homeowner from selling or attaining refinancing on their property until the lis pendens is removed.  In addition to providing notice to the public, one of the other outcomes of filing the lis pendens is that it puts pressure on the debtor to pay off their debt.

The right to file a notice of lis pendens against a property is found in section 48.23 of the Florida Statutes, which provides as follows:

(1)(a) An action in any of the state or federal courts in this state operates as a lis pendens on any real or personal property involved therein or to be affected thereby only if a notice of lis pendens is recorded in the official records of the county where the property is located and such notice has not expired pursuant to subsection (2) or been withdrawn or discharged.

(b)        1. An action that is filed for specific performance or that is not based on a duly recorded instrument has no effect, except as between the parties to the proceeding, on the title to, or on any lien upon, the real or personal property unless a notice of lis pendens has been recorded and has not expired or been withdrawn or discharged.

2. Any person acquiring for value an interest in the real or personal property during the pendency of an action described in subparagraph 1., other than a party to the proceeding or the legal successor by operation of law, or personal representative, heir, or devisee of a deceased party to the proceeding, shall take such interest exempt from all claims against the property that were filed in such action by the party who failed to record a notice of lis pendens or whose notice expired or was withdrawn or discharged, and from any judgment entered in the proceeding, notwithstanding the provisions of s. 695.01, as if such person had no actual or constructive notice of the proceeding or of the claims made therein or the documents forming the causes of action against the property in the proceeding.

The effect of filing the lis pendens is that statutory notice is recorded in the official records of the county where the property is located, which in turn places all potential claimants with an interest in the owner’s property on notice that a lawsuit is pending which may cloud the title and ownership of the property. When filing a lis pendens on a construction matter an owner is required to record a Notice of Commencement at the beginning of construction and any liens recorded on the property relate back in time to become applicable on the same date as the Notice of Commencement. This system allows for priority and shields lienors from construction disputes.

Nevertheless, under Section 48.23 Florida Statutes, if a mortgagee or other lienor records a notice of lis pendens and begins a foreclosure action, the lienor must intervene in the lawsuit within 30 days of the filing of the lis pendens or execution of the lien will be barred, even if the lien would otherwise relate back to the Notice of Commencement and preexist the lis pendens. The above-mentioned statute has been espoused as constitutional and enforceable in the case, Cleveland Trust Co. v. Ousley Sod Co., 351 So. 2d 58, 59 (Fla. 4th DCA 1977).

It should be noted though, that the filing of a lis pendens is not always proper and can give rise to a claim for damages and attorneys’ fees under specific situations. Such as, in cases where a creditor is pursuing collection of a debt where there is no connection concerning the real property that the lis pendens is attached to and the intial dispute between the creditor and the debtor, the creditor is explicitly prohibited from filing a lis pendens. One usually finds there is not a nexus or connection between the lawsuit and a lis pendens where an “unsecured” creditor (i.e. a credit card debt collection company) commences a lawsuit against a Florida homeowner and records a lis pendens in the public records.  In case like this, the creditor would be held liable for any damages that the lis pendens causes as well as being required to pay any of the property owner’s attorneys’ fees which they incurred in removing the lis pendens.

Therefore, when the primary purpose of a lawsuit is to recuperate monetary damages and the action does not precisely affect the title to or the right of possession of real property, the filing of a notice of lis pendens is not authorized. A lis pendens is not a suitable tool for use in fostering recoveries in actions for money judgments.  In the case that a creditor files an unauthorized lis pendens and the lis pendens causes damage to the property owner, the property owner is entitled to have the lis pendens detached and can file a claim against the creditor for damages.