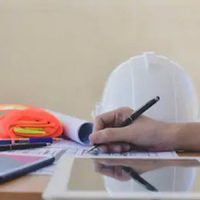 Indemnification simply means that someone assumes responsibility for being liable for another party’s actions. If A indemnifies B, and later C sues B, A will defend the claim made by C, and/or pay damages that C wins against B. A “stands in the shoes” of B, for the purpose of satisfying the claim made by C.

Indemnify clauses can be specific, or broad. In our example above, A may indemnify B for anything, no matter who did what wrong. A is saying that even if B “messes up,” that A will take care of any claim made by C. This kind of agreement certainly favors B, giving it almost complete protection from lawsuits or claims.

Or, with a more limited indemnification clause, A may indemnify B only for things that A does wrong that would cause C to make a claim. In that case, B is still liable for anything it does wrong, because A has only indemnified A’s own actions.

Indemnity clauses are strictly construed by courts, and must be drafted clearly, and in a way that all parties know their rights and obligations. The more broad the clause (that is, the more than is indemnified by the clause), the more likely it is to be scrutinized by a court.

Call our Fort Lauderdale construction attorneys at Sweeney Law P.A. at 954 440-3993 for help today with your construction contracts and agreements.