THE APEX DOCTRINE THAT REALLY DOES NOT YET EXIST IN FLORIDA 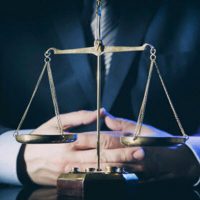 Most large companies assume that their highest-ranking executives will not be required to comply with deposition subpoenas related to regular business matters. For instance, the Chairman of a large Japanese company should not need to worry about giving a deposition in a personal injury case involving basic allegations of product liability. This thought would be based on what is known as the Apex Doctrine which is used to bar such discovery in state courts. The problem is Florida has not officially recognized this doctrine.

Courts throughout the United States have recognized the Apex Doctrine for decades.  The doctrine commonly provides that a high-ranking executive should not be compelled to sit for deposition unless there exists some good specific reason for it.  The main purpose of the doctrine is to prevent abusive discovery tactics that have no genuine purpose other than to harass and impose unnecessary costs and inconvenience.

In Suzuki Motor Corp. v. Winckler, 44 Fla. L. Weekly D2219a (Fla. 1st DCA Aug. 29, 2019), the plaintiff in a personal injury case pending in Florida state court sought a letter rogatory to cause the issuance of a deposition subpoena to the Chairman of Suzuki Motor Corporation, the attorneys for Suzuki obviously responded by objecting and seeking a protective order. Their objection contended, with a supporting affidavit, that the Chairman should not be subject to such a deposition because of the Apex Doctrine and the lack of any personal knowledge on the part of the Chairman regarding the matters at issue in the litigation (which involved the alleged failure of a motorcycle’s brakes). The trial court granted the letter rogatory, following which the attorneys for Suzuki appealed.

The majority opinion in Suzuki goes on to discuss other discovery concepts such as whether the deposition was reasonably calculated to lead to the discovery of admissible evidence and the fact that trial courts have broad discretion in managing discovery and in protecting persons from whom discovery is sought, but the majority opinion concluded that the standard applicable to writs of certiorari—which require a display of the violation of a plainly established principle of law—was not convinced by Suzuki’s arguments.

Another example of the Apex Doctrine not being utilized by Florida courts is Citigroup v. Holtsberg, 915 So.2d 1265 (Fla. 4th DCA 2005). There, the plaintiffs sought to depose the current and former chief executive officers of Citigroup. The defendants motioned for a protective order beseeching the Apex Doctrine, but the Fourth District decided that Florida had not adopted the Apex Doctrine and that only the Supreme Court could adopt such a doctrine as it would arguably conflict with the liberal discovery rules of Florida.

While all this court precedent this potentially makes it more difficult to quash an apex deposition in Florida, it does not mean that attorneys can improperly seek the depositions of apex officials. Rule 1.280(c) of the Florida Rules of Civil Procedure gives the trial courts broad discretion in overseeing discovery and the power to limit discovery in order to protect a person or party from annoyance, embarrassment, oppression, or undue burden or expense. Motions for protective order should not only cite to Rule 1.280(c), but should also remind the court of the vast potential for abuse and harassment linked with the depositions of apex officials and inform the court of all relevant facts which suggest that the deposition is being taken for such improper purposes.

Furthermore, motions for protective order should be accompanied by an affidavit, executed by the apex official sought to be deposed, denying any knowledge of relevant facts. As cited by the court in Citigroup, states that have adopted the Apex Doctrine necessitate the party seeking a protective order to file such an affidavit. While there is no obligation to file a supporting affidavit in Florida, doing so will alert the court of the lack of knowledge held by the apex official, possibly leading the court to inquire further concerning the goal of the deposition, and ultimately increasing the likelihood that a protective order will be granted.

Recently, however, a decision out of New Jersey (a state which has also not specifically adopted the Apex Doctrine) provided further support that the doctrine should be used by Florida’s courts when examining the issue of apex employee depositions. The decision, HD Supply WaterWorks Group, Inc. v. Director, Division of Taxation, from New Jerseys tax court, concerned plaintiff companies challenging the state’s rejection of their claims for a refund of their corporate business tax. The companies claimed that they were Delaware corporations that were limited partners in Florida limited partnerships and consequently were not subject to New Jersey’s taxation.

As the matter went on, New Jersey’s Division of Taxation sought to depose a plaintiff’s president, who happened to be the CEO of HD Supply Holdings which ultimately owned the corporations that comprised the plaintiffs in the case. The Division of Taxation asserted that the foundation for the CEO’s deposition was that he was the only remaining officer of HD who had held positions with the plaintiffs and the Florida limited partnerships during the relevant tax years. In reply, the plaintiffs moved for a protective order, submitting an affidavit from said CEO stating that: for administrative ease, he and other members of HD senior leadership relied on a team of subordinate officers, managers, and specialists to establish the structure of various entities, to oversee their day-to-day operations and activities, and to supervise their employees; he lacked personal knowledge of the details, structure or activities of every entity within the HD corporate structure; he did not have personal knowledge of specific facts relevant to the questions at issue; and as Chairman, CEO and President of HD, he was responsible for the entire business enterprise, and his time was in high demand, thus making it difficult for him to set aside the time necessary to prepare for and attend a deposition.

The Division of Taxation responded by noting that New Jersey, like Florida, had not adopted any definitive rule protecting high-ranking executives from deposition, and that the right to depose such executives had to be weighed against the deponent’s right to be protected from annoyance, embarrassment, oppression, or undue burden or expense. In delivering its ruling, the Tax Court looked to the federal decisions, and the considerations made in those cases, specifically: 1) whether the deponent has unique, first-hand, non-repetitive knowledge of the facts at issue in the case; and 2) whether the party seeking the deposition has exhausted other less intrusive discovery methods. In using those standards to the case, the Tax Court remarked that the CEO’s affidavit stated that he had no personal knowledge of the facts at issue and that other officers could testify to the same facts. As a result, the Tax Court decided to issue a protective order for the CEO.

This case exhibits that, though Florida has not officially adopted the Apex Doctrine, litigants in Florida courts wishing to protect their high-ranking officials from deposition should demonstrate the same facts as those in HD Supply and the federal cases dealing with this issue. To be precise, the litigants should show: the executive’s lack of personal knowledge as to the facts at issue; that other employees or officers can testify as to the same facts and issues; and, the hardship that would be created by being subjected to deposition.

Overall though, non-governmental organizations cannot assume the Apex Doctrine will be applied to them in Florida state courts and as such they need fashion their arguments as laid out above in order for a trial court to protect them.

Brendan A. Sweeney, Esq., LL.M., of Sweeney Law, P.A., a boutique firm in Fort Lauderdale, Florida, regularly handles complex transactional and litigation matters throughout Florida. Brendan A. Sweeney, Esq., LL.M. is an AV Preeminent Martindale Rated Attorney, that has been recognized as a Florida Super Lawyer in 2019, Florida Legal Elite in 2019, and as a Florida Super Lawyer Rising Star in 2018, 2017, 2016, 2015, and 2014. If you have any questions and/or issues regarding the Apex Doctrine contact Sweeney Law, P.A. at (954) 440-3993 immediately to protect your rights.