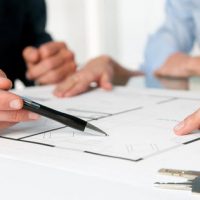 Sweeney Law, P.A. successfully defended a Florida Real Estate Professional at trial in the defense of a malicious prosecution claim. Plaintiff’s action was based upon an alleged improper underlying eviction action against Plaintiff that had been dismissed several months earlier.

Significant efforts were made to reach a negotiated resolution for this matter, however, Plaintiff and Plaintiff’s counsel refused to negotiate in good faith, sought to assess punitive damages and sanctions, and ended up getting awarded absolutely nothing at the conclusion of the hard-fought trial. At trial Sweeney, Law. P.A. was successful by preventing the majority of Plaintiff’s documents to prove its case from being introduced into evidence as well as clearly demonstrating that Plaintiff failed to establish its prima facie case.

Real Estate Professionals will often try to save costs and will send demand letters or will initiate both commercial and residential eviction proceedings on their own. The rationale for doing this is, I have been doing this for years and I have never had an issue before. Or, I will just copy the demand letter/lawsuit that I have paid an attorney to prepare before. This type of thinking is dangerous and can lead to being named as a defendant in a lawsuit and being forced to go to trial to resolve the issue. In order to avoid any potential liability, Real Estate Professionals should retain an attorney to send demand correspondences as well as commencing any litigation. Sweeney Law, P.A. regularly represents commercial and residential landlords in real estate related issues and litigation.

Brendan A. Sweeney, Esq., of Sweeney Law, P.A., has litigated complex real estate litigation claims throughout the state of Florida. Brendan A. Sweeney, Esq., is an AV Preeminent Martindale Rated Attorney, that has been recognized as a Florida Legal Elite Rising Star Attorney in 2014, 2015, 2016, 2017, and 2018. If you have any Florida real estate litigation questions and/or issues then contact Sweeney Law, P.A. at (954) 440-3993 immediately to protect your rights. www.sweeneylawpa.com.