Suing For Bad Reviews Online: When Can You Do It? 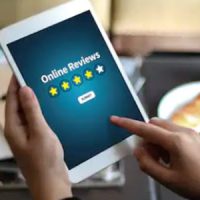 The internet and social media are a mixed bag for many businesses. They create new and innovative ways to advertise your business, product or service. They also create new ways for frustrated clients and customers—not to mention your competitors—to say things about you which may or may not be true, all under the cover of anonymity.

When someone says something about you or your business online, can you fight back? You can, under some circumstances.

When someone says something about you online that you don’t agree with, the first step is to determine whether it is something that could be defamatory, thus enabling you to sue for damages.

Defamatory statements must be untrue factual statements—they cannot be opinion. So, someone who says you are the “worst pizza maker in the world,” likely could say that, and there is little you could do about it. Likewise, someone who says they “waited forever for service,” also would likely be able to say that, given it would be very hard to prove whether that was true or untrue.

But often, things go further, crossing the line into defamation. Someone may say that they found an object in your food you served, or that your electrical contracting work was not done up to code, or that you ran off on a job or breached a contract. These are false statements, passed on as being truthful, and thus, defamatory.

But getting past the question of whether what was said is illegal or not, is the next hurdle—identifying who made the statement.

Most major online social media sites, apps, or websites, will not readily just hand over the personal information of someone who said something, just so that you can sue them. Most of the time, you will need to get a subpoena, and even then, the major social media sites or apps, will challenge the subpoena in court.

The good news is that once a court does order information to be turned over, many sites and apps or online companies will comply with the court’s order.

Is it Worth It?

Of course, then there is a third hurdle: collecting. If your competitor is a larger company, and they are the one who is posting the defamatory statements against you, you have a better chance of collecting a judgment. However, if the offender is just an “average joe” consumer, you may have a hard time ever collecting.

Suing average consumers has another problem: public image. Once it goes public that you are pursuing someone for complaining about something, the comment now gets more publicity, and you may not be looked upon favorably for suing someone who posted a negative review of you, if the person is just a prior or current customer.

Call our Fort Lauderdale business law lawyers at Sweeney Law P.A. at 954 440-3993 for help if you have a business or commercial litigation lawsuit, or need to defend against one that has been filed against you.