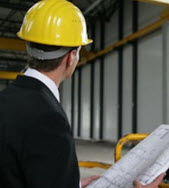 In 2008, a motorcyclist was killed at an intersection after colliding with another car. While this may seem like an ordinary negligence case for personal injury lawyers, the lawsuit alleged that the accident was caused by faulty design and construction, and was brought against the City of Hialeah.

The victims alleged that the city had constructed or designed the intersection in a way that there was large shrubbery in the intersection, which blocked the ability to view oncoming traffic (the accident was about two years after the shrubs were planted).

Had the case been one in ordinary negligence, in all likelihood, the case would have proceeded to trial before a jury. But in the construction law context, the city was able to defend the claim for negligent construction based on what is known as the Slavin Doctrine.

The court said that because the shrubbery was there, open, and obvious when the project was completed, that the contractor/builder could not be liable for it. This is called the Slavin Doctrine, and it relieves a contractor from any liability, contractual or negligence, for any claim that is caused by a condition that was open and known at the time the project was completed and accepted.

The question is not what is known, it is what could have been discovered. In the context of the injury case, the city likely knew the shrubs were there—they were about five feet tall when planted—and they could have discovered that the shrubs did, or could have, obstructed the view of traffic.  Any investigation of the city of the shrubbery at the time of the project’s completion, would have had to include an analysis of whether drivers’ views were being obstructed.

Because of this, once the city accepted the work of the builder or contractor, the builder was relieved of any and all liability for the project.

It may have been a different case if, at the time of the city’s acceptance, the shrubs were tiny. But they were not, and an analysis of safety could have been done at completion, but it was not.

How the Slavin Doctrine Came to Be

Call our Florida construction attorneys at Sweeney Law P.A. at 954 440-3993 to help you if your construction company is in any kind of legal trouble, or needs to enforce its legal rights in court.