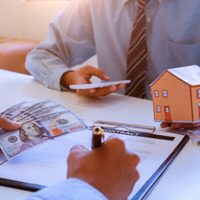 On a re-hearing, the Third District re-affirmed that the primary person on an obligation, who is also the one that pays the obligation, is not entitled to subrogation against third parties. In other words, a primary person or entity is not permitted to pay off a second mortgage, have the mortgage assigned to it in lieu of the mortgage being satisfied, and then turnaround and foreclose on the unsatisfied second mortgage in order to extinguish junior liens.

In Koymfman v. 1572 Pledger LLC, Case No.: 3D19-1521 (Fla. 3d DCA 2020) a couple, Koyfman and Irina Kosterina, invested in at least one business and purchased several properties together. In 2007, Kosterina purchased an apartment and executed a note and mortgage in favor of Regions Bank (“Regions”) in connection with a personal $50,000 line of credit. In 2008, she formed an entity, 604 Harbour House, LLC (the “first company”), and then quit-claimed the property to it. In 2009, both the couple’s personal and business relationship came to an end. Kosterina then quit-claimed the apartment to Koyfman through her first company, where the deed was subject to the mortgage given by Kosterina in favor of Regions. Koyfman established the apartment as his primary residence and paid for condominium dues, property taxes and maintenance fees, but did not make any mortgage payments.

The lower court decided that the subsequent mortgagee owned a valid and outstanding mortgage lien against the apartment; that Koyfman’s deed subjected his interest to said mortgage; that both Koyfman and Kosterina had defaulted on the mortgage; and while Kosterina was found to be personally liable for that debt, Koyfman was estopped from challenging the validity of the mortgage. The lower court rejected Koyfman’s counterclaim and entered judgment of foreclosure in favor of the subsequent mortgagee.

Koyfman appealed and argued that the assignment of the first mortgage to Kosterina’s second company was unenforceable under the Third Restatement of Property and CDC Builders, Inc. v. Biltmore-Sevilla Debt Investors, LLC, 151 So. 3d 479 (Fla. 3d DCA 2014).

The court in CDC Builders stated that the law does not warrant instances where someone borrows money from a bank, gives the bank a mortgage, incurs additional liens and junior mortgages on the property, purchases the mortgage back from the bank, and then foreclose on the mortgage for the main purpose of eliminating the additional liens and junior mortgages. Where full payment by a person who is primarily responsible for the obligation, but the payor and payee nevertheless agree not to extinguish that obligation, that same payor may not claim ownership of the obligation—whether under principles of subrogation or assignment—or foreclosing on it “against the holder of some junior lien or other interest subordinate to the mortgage.” 151 So. 3d at 482.

This may apply when a property owner who has paid an obligation secured by the owner’s property then sues to recoup the obligation from another person. The owner may designate the payment as a “purchase” of the note and mortgage. If it is the intent of the owner to keep the interests distinct, courts have held that the obligation is enforceable. When a property owner pays a mortgage debt, the owner’s ability to enforce the debt against another is determined by the doctrine of subrogation. An owner who is primarily liable for an obligation cannot recover from anyone: The owner’s payment extinguishes the obligation. Restatement (Third) of Property § 8.5 cmt. c (1997).

“Florida has expressly recognized that this rule holds true even if the borrower obtains and forecloses the mortgage through a corporation that it controls.” CDC Builders, 151 So. 3d at 483. There are exceptions that may be applied to the rule: the mortgagor who sells the real estate subject to, or with an assumption of, the mortgage debt, with the purchaser paying cash equal to the difference between the agreed purchase price and the balance owing on the mortgage debt. A mortgagor, personally liable to the mortgagee by having executed a note or other evidence of debt, turns out to be secondarily liable as a surety at the time of transfer. The mortgagor may pay the debt and be subrogated to the mortgage (whether the transfer was with an assumption or was merely “subject to” the mortgage) as well as the debt (if the transferee assumed the debt). Restatement (Third) of Property § 7.6 cmt. c (1997).

In Kosterina’s testimony, she alluded to Koyfman’s alleged failure to pay child support as the motive of the mortgage assignment. This undisputed evidence of wrongfully depriving Koyfman of title already vested in him, did not apply to the rule in CDC Builders. The CDC rule barred the assignee from foreclosing against the other interests subordinate to the mortgage. The subsequent mortgagee could not, by claiming to purchase the defective assignment, exercise a greater right than that which it received. Therefore, it was estopped from foreclosing on the mortgage, and lacked standing because it relied on an unenforceable mortgage.

Brendan A. Sweeney, Esq., LL.M., of Sweeney Law, P.A., a boutique firm in Fort Lauderdale, Florida, regularly handles complex mortgage litigation matters throughout Florida. Brendan A. Sweeney, Esq., LL.M. is an AV Preeminent Martindale Rated Attorney, that has been recognized as a Florida Super Lawyer in, 2020 and 2019, Florida Legal Elite in 2020 and 2019, and as a Florida Super Lawyer Rising Star in 2018, 2017, 2016, 2015, and 2014. If you have any questions and/or issues concerning mortgages in Florida, contact Sweeney Law, P.A. at (954) 440-3993 immediately to protect your rights. www.sweeneylawpa.com.