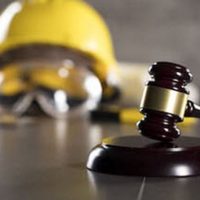 Florida’s shoreline regions are among the crown jewels of the Sunshine State. The value of preserving these regions in order to ensure their continuing role in promoting and protecting the public health and welfare of our citizens has been clearly recognized by Florida law.

For example, the Coastal Zone Protection Act of 1985  expressly acknowledges the importance of  maintaining and protecting our coastal regions for the well-being of the general public, and, given the role of these coastal regions as the first line of defense against natural disturbances such as winter storms and hurricanes, for protecting the ecology of the state. This law also recognized the increased pressures that had been placed on coastal areas prior to its enactment, and the need to control these pressures in order to ensure the continuing value of coastal regions to the state and its residents. The expressed legislative intent of the law, therefore, was to ensure that construction in coastal areas be carefully managed, and that strict construction standards, in line with the legislative intent, be imposed.

Since the enactment of the Coastal Zone Protection Act of 1985,  coastal regions have continued to be subject to environmental and other stresses. Considerations of rising sea levels have given the impetus to a newly enacted law. Earlier the week, Governor DeSantis signed a bill that will require an evaluation of environmental impacts – specifically on shoreline effects – for certain coastal construction projects.

What Does the New Coastal Construction Law Require?

The new law requires that a standard be developed by the Department of Environmental Protection for a mandatory SLIP (sea level impact projection) study that must be conducted. The new law also requires the Department of Environmental Protection to publish and maintain a copy of the SLIP studies on its website for at least ten years.

The new law will impose minimum requirements on affected contractors, which will mandate, among other things, that the study:

Failure to comply with the SLIP study requirements subjects the state-financed constructor to penalties that include a recovery of funds (where the project is completed or substantially completed) or the imposition of an injunction to stop construction.