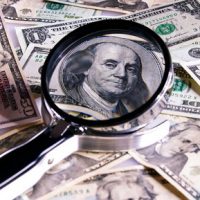 Although it sounds unrelated to the building construction industry, a mechanic’s lien is a powerful tool for building contractors and subs who seek to collect for their completed work. A contractor should consider a mechanic’s lien when the owner of a property or the entity responsible for payment does furnish payment according to a contract or verbal understanding. That is because the work that the contractor has provided on the construction site serves as a lien (a security interest acquired in property by a creditor). The security interest is not released until the responsible party satisfies the payment. Mechanic’s liens are crucial for contractors who are not having their agreements met. However, there are other legal processes at work driving the lien statute and policy.

All liens must come into existence somehow–they have to be created. Under common law, liens were created by operation of law or by the conduct of parties to a contract. For example, under common law, a worker adding value to personal property created liens. Adding value included fixing or somehow enhancing the property. Today, states have augmented the common law by enacting legislation recognizing mechanics lien as long as certain conditions are met. In Florida, legislation ensures the viability of a mechanic’s lien, however, there is more to bringing the lien into operation.

As with creation, all liens must be perfected. At a fundamental level, a lien is simply a security interest. Perfection is the process through which a secured party (the holder of the lien interest) gives notice to the world that it possesses a security interest in a piece of property. Generally, perfection occurs through a court filing or taking possession of the collateral. In Florida, sending notice to the responsible party of the encumbered property perfects a mechanic’s lien. The rule here is simple: if the responsible party does not receive notice (Notice to Owner) within 45 days from the date the service(s) in question were furnished, then lien was never perfected and the opportunity to do so may be lost. There are a few minor exceptions to this rule set out in the mechanic’s lien statute at Florida § 713.06 (2-c).

If you have experienced non-payment for work completed on a construction project, a mechanic’s lien may be the right tool for you. Attorney Brendan A. Sweeney is an experienced construction law attorney and he is ready to help you get the money that is due to you. Involving an attorney in your construction dispute is a wise decision and raises the likelihood that you will prevail in court. Contact us now for a consultation.