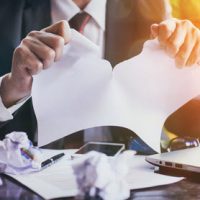 The general rule in Florida is that anticipated profits of a commercial business are too speculative in nature and dependent upon changing circumstances and various factors to warrant a judgment for their loss. However, there is an exception to this general rule. If a party is able to prove that lost  profits were a direct result of the defendant’s actions and that the amount of the lost profits can be established with reasonable certainty then they are permitted. Forest’s Mens Shop v. Schmidt, 536 So. 2d 334, 336 (Fla. 4th DCA 1988); Massey-Ferguson, Inc. v. Santa Rosa Tractor Co., 415 So. 2d 865, 867 (Fla. 1st DCA 1982). See also Fu Sheng Indus. Co., v. T/F Sys., Inc., 690 So. 2d 617, 622 (Fla. 4th DCA 1997). Reasonable certainty is that “[t]he mind of a prudent impartial person should be satisfied that the damages are not the result of speculation or conjecture.” Id. See also Brevard County Fair Ass’n, v. Cocoa Expo, Inc., 832 So. 2d 147 (Fla. 5th DCA 2002).

In River Bridge, the court examined the yardstick measure of damages. In that case, a builder brought an action against a developer for breach of a right of first refusal contained in a development contract. When calculating lost profits, the builder’s expert used the actual sales made by builders of the subsequent stage of the project to determine its lost profits.  The expert took the number of actual closings and multiplied it by his estimated profit rate. However, the expert testified that he was unaware as to whether the other builders ever realized a profit in the homes sold and did not know the extent of their costs. In refusing the claim for lost profits due to the evidence being too speculative, the Court stated that “it was not enough to simply assume those contractors were comparable and made a profit; it was necessary to prove both.”

Parties seeking to assert successful future lost profit claims need to be cognizant of the various factors involved, have a very thorough understanding of which theory to utilize to recover as much future lost profits as possible, and have expert testimony and analysis that carefully reviews and considers the relevant evidence that supports the claim for future lost profits.

Future lost profit claims always bring the famous Wu-Tang Clan rap song, C.R.E.A.M, to my mind. These cases are all about increasing claims or negotiating/defending claims. As Wu-Tang eloquently stated “Cash Rules Everything Around Me, C.R.E.A.M, Get the money, Dollar, dollar bill y’all.”

Brendan A. Sweeney, Esq., of Sweeney Law, P.A., prosecutes and defends complex litigation matters throughout Florida. Brendan A. Sweeney, Esq., is an AV Preeminent Martindale Rated Attorney, that has been recognized as a Florida Super Lawyer in 2019 and as a Florida Super Lawyer Rising Star in 2018, 2017, 2016, 2015, and 2014. If you have any Florida civil litigation questions and/or issues then contact Sweeney Law, P.A. at (954) 440-3993 immediately to protect your rights. www.sweeneylawpa.com.