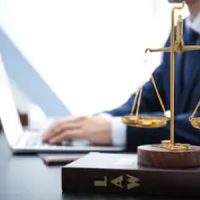 Sometimes, in this world, it’s better not to go it alone. That may be the case with teaming agreements. Teaming agreements can help expand your construction business, and allow you to win jobs (including government jobs) and opportunities that you couldn’t otherwise get by yourself.

What is a Teaming Agreement?

A teaming agreement is an agreement between two or more companies, which come together to jointly bid on a construction project. Often, the combined forces and strengths of the two (or more) companies are enough to win very significant and lucrative contracts, that a company by itself would not otherwise get.

But before you just team up with another company, it’s important to understand the legal aspects of teaming agreements. Primary in understanding these agreements is understanding what kind of agreement you will have.

Companies can opt to enter into a joint venture agreement. This can be a bit more time consuming, as it requires forming a new company or business, which will act as the primary contractor for the job. The parties will share decision making, property, expenditures and of course, the profits of the job.

Just be aware that because in a joint venture, both parties can be liable for the errors, mistakes or omissions of the other, you’ll want to make sure you’re teaming with a business you know and are familiar with.

Remember that even if all parties to the joint venture (the new company) may be fully licensed, the company itself still must be licensed, as it is an entity separate and apart from the co-owner companies.

Sometimes, parties will opt for a contractor-subcontractor relationship. Here, there is no shared control, but there is also no shared liability either. The subcontractor is independent, and is only responsible for performing whatever part of the job the contract says the subcontractor must perform.

Considerations in the Agreement

Whatever kind of teaming agreement or teaming relationship you opt to use, there are some issues that are common to all, which you should think about addressing to avoid confusion (and lawsuits) in the future.

Some of these are obvious, such as what company will perform what work, and which company will pay the expenses of that work. But thought also has to be given as to who will pay for modifications or revisions that must be made? And when will payment be made to each party?

Who will communicate with licensing agencies, the other side of the contract, or public officials?

Confidentiality should also be addressed to avoid jeopardizing trade secrets.

You’ll want to clarify whether parties can assign their rights under the agreement. Additionally, language ensuring that each party procures and maintains proper licenses should be included.

Call our Fort Lauderdale construction attorneys at Sweeney Law P.A. at 954 440-3993. We can help you avoid legal problems from the start of your construction project.