Government Condemnation Actions for Public Constructions and Your Rights 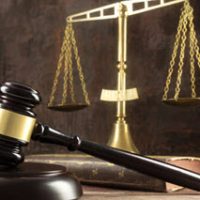 Takings Clause of the U.S. Constitution

The Takings Clause is found in the Fifth Amendment to the U.S. Constitution (…or shall private property be taken for public use, without just compensation.). A taking is when the government seizes private property for public use. There are a few forms of takings to which a private party can be subjected. One form is the physical takings and the other form is called a constructive taking. A physical taking describes an action where the government literally takes physical ownership from the private party.  A constructive taking means that the government has restricted the owner’s rights so much that the government’s action amounts to or is functionally equivalent to a physical seizure.

Private citizens must know their rights when it comes to public condemnation actions.  Any misstep could end in an uneven bargaining power. For one, the private party must demand just compensation.  Just compensation is comprised of the property’s fair market value. Other factors such as the unique features of the property should be considered with making the assessment. The private party should also know that they have a right to reject the amount the government is offering. Finally, the action for condemnation is not valid if the purpose of the condemnation is not for public use.

It is important for private citizens to know their rights during condemnation actions. Attorney Brendan A. Sweeney is an experienced construction law attorney with years of experience advising on public condemnation issues.  He is also well-versed on Florida’s eminent domain laws. We will tailor your advice and representation to your unique needs. Contact us now for a consultation.