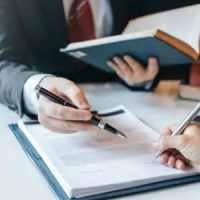 The affirmative defense of advice of counsel is a well-established defense, in some circumstances, under Florida Law. A recent development, however, expands the availability of the defense to some Bar disciplinary proceedings. In effect, the defense is used to shift liability away from the defendant for an alleged wrongful action.

Generally, to state such a defense, the litigant must show that:

Further, it is important to mention that as a pre-requisite, the act alleged must be a specific intent crime. Therefore, it would be impermissible to use the defense when the action alleged is a general intent or strict liability crime. This is because the advice of Ccounsel defense works to negate the intent element of a specific intent crime. In essence, the defendant could not have formed the specific intent to commit the crime because they relied on counsel’s assertion that the action would not constitute a crime.

In State v. Franchi for instance, the defendant was charged with helping her husband escape from prison. Prior to the charges, Mrs. Franchi was contacted by her husband who had recently escaped from prison. He requested her assistance in avoiding re-capture. Before making herself available to help the Mr., Mrs. Franchi spoke to an attorney who advised her, albeit inaccurately, on the legal ramifications of helping her husband. The attorney’s advice was that she could not be held criminally liable because of the family member exception under Florida’s Accessory After the Fact statute. The attorney however, did not instruct Mrs. Franchi that she may also be violating Florida’s Aiding Escape statute, for which there is no family member exception. The applicability of the advice of counsel defense in the Franchi case turned on whether Aiding Escape was a specific intent crime. The court ruled that it was not, and therefore, the defense was not available to Mrs. Franchi.

New developments for the advice of counsel defense expand the defense’s applicability into the realm of bar complaints. Before, it was thought that there was a complete ban on the defense in bar disciplinary proceedings. The court, in recently decided Florida Bar v. Herman however, has found an example of when the defense is permissible.

The decision in Herman stems from a bankruptcy proceeding. Mr. Herman is an attorney but after a judgement was entered against him, he became insolvent and sought relief through filing a chapter 7 Bankruptcy petition. Mr. Herman retained counsel to assist him with the bankruptcy. During the bankruptcy proceeding, Mr. Herman was required to make certain financial disclosures, and he failed to note that he may be expecting a $2.7 million bonus for contingency fee cases that his firm had participated in. The issue was eventually referred to The Florida Bar for appropriate disciplinary proceedings. The bar took the position that Mr. Herman “‘had an obligation to be forthright’ in his bankruptcy financial disclosure forms and that he failed to live up to that obligation.” Mr. Herman on the other hand attempted to defend himself on the basis that he made the decision not to include the potential bonus during the time for making the disclosures, based on the advice of his own attorney. The attorney advised Mr. Herman that since the bonus is discretionary, and his interest in the bonus had not vested before the bankruptcy petition was filed, no disclosure was necessary. Mr. Herman testified that he relied on this advice in making the decision to exclude the potential bonus.

At the bar complaint hearing the referee did not permit Mr. Herman to use advice of counsel as a defense and suspended his law license for (18) months. The referee relied on the decision in Florida Bar v. Adorno in concluding that advice of counsel was never an appropriate defense in a bar complaint proceeding. On appeal, though, the Florida Supreme court distinguished Adorno because the bar complaint in that case was based on the defendant’s actions as an attorney. Herman was different in that Mr. Herman was relying on advice he sought through his own attorney for his personal bankruptcy. While the supreme court had some doubts about the effectiveness of the defense as to Mr. Herman, it found that “[t]o the extent that federal bankruptcy law permits an advice of counsel defense to negate a finding of bad intent, we conclude that such a defense should also be available to Herman in this Bar discipline proceeding.”