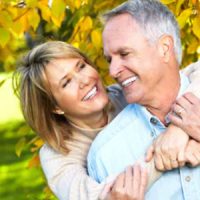 Title VIII of the Civil Rights Act of 1968, also known as the Federal Fair Housing Act, prohibits discrimination due to race, color, religion, sex, handicap, familial status or national origin. Many States have their own Fair Housing Act – in Florida Chapter 760 of the Florida Statutes is dedicated to discrimination issues that expand the protection to age and marital status. The term ‘familial status’ generally refers to occupancy by children (person under 18) with parent, guardian or designee of the parent. A 1988 amendment to the Fair Housing Act created an exception for housing for adults age 55 and over as long as it offered facilities and services intended to meet the physical and social needs of the elderly. However, the Housing for Older Persons Act (HOPA) of 1995 eliminated this requirement and instead necessitated that certain criteria must be met. Florida adopted and reiterated these criteria in Federal Register 24 CFR Part 100; section 760.24-760.37 (4a), Florida Statutes as:

The “80 percent requirement” has given rise to the “20 percent rule” which has generated many issues and numerous misunderstandings in these communities. While HOPA compels that at least 80% of the occupied units be occupied by at least one occupant that is the requisite age or over, neither HOPA, nor the rules adopted by the HUD, specify how the association must treat the remaining 20% of the community. In fact, on April 1, 1999, when the HUD published Federal Regulations implementing the Housing For Older Persons Act of 1995, they commented that:

Essentially the HUD is stating that the issue of the remaining 20% is to be governed by the association’s governing documents (i.e. private contract law) and local ordinance. For instance, an association can determine that for the other 20% persons can be no younger than a different minimum age established for the community. Commonly in Florida that age is set at 45. This would mean that no one in the community can be younger than 45.

Of course, this does not mean that you can’t have people younger than the minimum age visit. If a residents grandchildren come down, most communities will allow guests of any age for up to 15 days 2 times per year and may have other applicable exceptions as well.

Brendan A. Sweeney, Esq., LL.M., of Sweeney Law, P.A., a boutique firm in Fort Lauderdale, Florida, regularly handles complex litigation that concerns community association issues throughout Florida. Brendan A. Sweeney, Esq., LL.M. is an AV Preeminent Martindale Rated Attorney, that has been recognized as a Florida Super Lawyer in 2019, Florida Legal Elite in 2019, and as a Florida Super Lawyer Rising Star in 2018, 2017, 2016, 2015, and 2014. If you have any questions and/or issues regarding 55 and Older Communities or the 80/20 Rule then contact Sweeney Law, P.A. at (954) 440-3993 immediately to protect your rights.