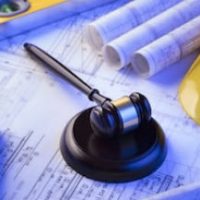 Florida Senator Bill Nelson recently called for the reversal of legislation that passed in the Florida legislature permitting the state legislature to strip off the International Building Code standards.  This legislation will make it easier for the governing body to chip away at universally agreed upon standards by permitting periodical review. Much controversy surrounds the Senator’s comments in relation to the recent disasters in Florida brought on by Hurricane Michael.

The Law in Question

The International Building Code (IBC) is a model building code that was developed by a body called the International Building Council.  The IBC is a body of laws onto itself.  That means that it is not enacted by any particular state.  However, it is a body of recommended laws that were published by legal, construction and other scholars in the field. As a result, the IBC is well-respected in the world of construction law and building standards. The IBC has been adopted by most jurisdictions in the United States including the state of Florida. The IBC includes sections on building safety, health and performance related recommendations:

The code has been codified into Florida’s state building code as a result of its adoption.

The new directive from the Florida legislature allows the cutting down of the IBC where the lawmakers can agree. Senator Bill Nelson believes that this power is a mistake and is not advantageous for the construction of structures in the state of Florida. Opponents of Senator Nelson believe that not all aspects of the IBC are useful to the state and its goals for building infrastructure. They believe that some aspects of the code are unnecessary considering Florida’s needs when it comes to building construction.  Much of the movement surrounding the IBC was brought on in the wake of the recent disasters in Mexico and Panama City beaches in Florida. While Bill Nelson believes in maintaining the force of the ICB, state legislators seek to pare down the code where it is advantageous to Florida’s construction infrastructure.

If you are looking to better understand Florida’s recent legislative action surrounding the IBC, it would be wise to engage an attorney. Attorney Brendan A. Sweeney is an experienced Florida construction law attorney with years of experience advising on construction issues for private and businesses entities.  He has knowledge of construction laws as it relates to Florida’s building standards. We will tailor your advice and representation to your unique needs. Contact us now for a consultation.