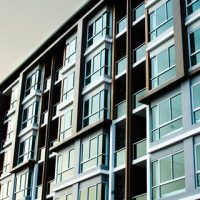 The specific law that the plaintiff in the Williams case claimed that the condominium association violated was a provision of Florida’s Consumer Collection Practices Act. There  is a provision of this Act  that specifically prohibits the posting or publishing (or threatening or causing the posting or publishing) of individual names or lists of names – known as “deadbeat lists” – in order to collect or attempt to collect consumer debts.

The question that the Williams court had to decide was whether the debts involved — condominium assessments – constituted “consumer debts.” In a 1997 case, the court had decided that assessments owed to condominium associations did not qualify as “debt” under the Florida’s Consumer Collection Practices Act. Since that time, however, other courts, including one case decided last year by the District Court of Appeal of Florida, First District, have decided differently. In fact, the court noted that since 1997, federal courts have unanimously decided that condominium association assessments can be “debt.”

In the Williams case, the court ultimately decided to “recede” from the rationale of its 1997 decision.

What did the Court Decide in the Williams Case?

The purchase of the condominium was clearly a property transaction for personal, family or household purposes, the court found. The key issue was then whether the plaintiff’s obligation to pay the assessments arose out of this transaction. To determine this issue, the court referred to another law, Florida’s Condominium Act.

Based on the provisions of the Condominium Act – which include allowing condominium associations to collect assessments, providing that condominium owners are responsible for assessments that become due while they own their units, and providing that the obligation to pay assessments originates when the condominium owners acquire their units –  the court found that the plaintiff’s obligation to pay the assessments arose from the property transaction; or, in other words, from the purchase of her unit. As a result, the court “receded” from its earlier 1997 decision which held that assessments are not “debts” under the Florida Consumer Collection Practice Act.

If you have questions about this court decision, or would like to know more about the treatment of obligations owed to or by condominium associations, contact an experienced Fort Lauderdale real estate lawyer at Sweeney Law.