EMPLOYEES VS. INDEPENDENT CONTRACTORS IN FLORIDA 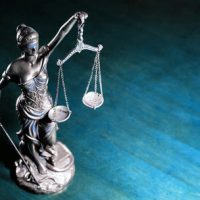 There are three overarching classifications of control:

The Florida Department of Revenue takes these general ideas of control and further deciphers the differences between independent contractors and employees, by using special principles, with a core theme of “who sets the rules of work”. For example:

The more long-term, continuous, and exclusive the relationship is, the more likely it is to be employment.

Independent contractors generally perform their work one job at a time and are paid by the job. An employee is paid for his time.

Under FLSA (Fair Labor Standards Act), an employment relationship should be differentiated from a contractual relationship. An employee is dependent on the business he or she works for—the FLSA calls this an “economic reality.” The U.S. Supreme Court has indicated more than once that no single rule or test determines whether a worker is an employee or an independent contractor, rather the work situation must be taken as a whole. The Supreme Court considers:

It should be noted that some workers have special rules which do not fall under the laws for independent contractors vs. employees. These include emergency workers, workers for elections, elected and public officials, and medical residents. There is no set numbers of factors which deem a worker an independent contractor or an employee, and factors which may be applicable in one situation may not be applicable in another. The overall relationship must be carefully analyzed to determine whether a worker is correctly classified.

Sweeney Law, P.A. Has Vast Experience in Matters Involving the Classification of Workers as Employees or Independent Contractors

Brendan A. Sweeney, Esq., LL.M., of Sweeney Law, P.A., a boutique firm in Fort Lauderdale, Florida, regularly handles complex transactional and litigation matters throughout Florida. Brendan A. Sweeney, Esq., LL.M. is an AV Preeminent Martindale Rated Attorney, that has been recognized as a Florida Super Lawyer in 2019, Florida Legal Elite in 2019, and as a Florida Super Lawyer Rising Star in 2018, 2017, 2016, 2015, and 2014. If you have any questions and/or issues regarding the classification of workers as employees or independent contractors then contact Sweeney Law, P.A. at (954) 440-3993 immediately to protect your rights.  www.sweeneylawpa.com.