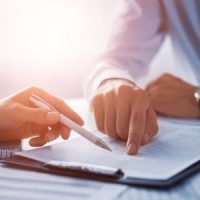 Let’s say that you have a business or a construction related contract, and you don’t get paid for work that you performed, goods you supplied, or for anything else that you were supposed to get paid for. You sue, and you win (or the case eventually settles in your favor). That’s great. But the problem is that you’ve been waiting a long time for your money. From the time of the breach, all the way through settlement or verdict, possibly years may have passed.

Interest on Your Money

What is described above is called prejudgment interest—it is interest that accrued on the amount owed to you, before you were actually paid. The law says that you get prejudgment no matter what, so long as you win the case through a verdict (if you settle, it will be up to the sides in the lawsuit whether or not to include prejudgment interest, but the sides can certainly negotiate that amount).

The amount of prejudgment interest is determined by Florida law, and the amount can fluctuate from time to time. Generally, the amount of interest that accrues is not much—usually somewhere around 5%. However, while that doesn’t seem much, you can specify a different amount in your business or construction contract.

The interest you receive must comply with Florida’s usury laws—it has to be a legal amount-but stating the amount of prejudgment interest, or that you will be entitled to collect the highest amount allowable by law, can make a big difference.

An Example of Interest

Let’s say, for example, that you win $100,000 in a trial. You waited 3 years from the date of the breach to the actual trial and verdict. If you had a provision in your contracts that allowed you maximum interest – 18% –  you would recover an additional $18,000 for each of those three years, or $54,000. However, if you left prejudgment interest to the law, assuming an average of 5% per year, the amount of interest would only be $15,000 total.

Note that you can also get post judgment interest as well—that’s money that accrues for the time it takes for the Defendant to actually pay your judgment. Like prejudgment interest, the law sets an amount, but you can set a higher amount in your business agreements.

Our Fort Lauderdale construction attorneys at Sweeney Law P.A. at 954 440-3993 can help you with your contracts and business agreements.