Don’t Foreclose A Lien Unless You Understand Lien Priority 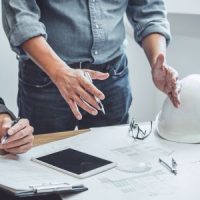 One good thing about construction related work, is that you have the ability to lien property and foreclose in the event that you are not paid for the work performed. But that doesn’t mean you’ll automatically get paid, even if you did foreclose. That’s because of lien priority.

What is Lien Priority?

Who Goes First and Why Does it Matter?

As a general rule, liens that are recorded first in time, get priority. This is important, because if someone has priority over you, you may not get paid, even though you foreclosed.

If you foreclose, the property will be sold at foreclosure, and the first mortgage will get paid in full (for the $100,000), but there would be nothing left for you. You’ve basically foreclosed for nothing; all you did was get the first lienor paid (although you could still pursue the property owner personally for damages under your contract).

As a general rule, when it comes to construction liens, your lien attaches when you file or record the lien in the public records. That is your “place in line.”

Note that some kinds of liens, especially governmental tax liens, almost always “jump the line” and move to first priority, no matter when they were filed.

Getting paid in construction related matters can be difficult. Get legal help. Call our Fort Lauderdale construction lawyers at Sweeney Law P.A. at 954 440-3993 for help today.