Doing Business With The Government? Protect Your Trade Secrets 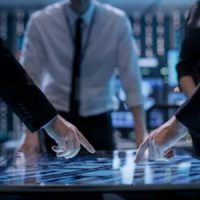 In the construction world, getting a government contract can be a lucrative endeavor. Government contracts are known to be valuable, and the best thing is that you rarely have to worry that you won’t get paid, or that the government won’t have money to pay what is due, when it is due.

But there is one part of a government contract that many people overlook, or which they don’t anticipate being a problem: The transparency that comes with doing business with the government.

In a normal situation, your contracts, correspondence, and all the documents that you pass between you, and the other side to the contract are private and confidential. At the very least, you can always include language in your agreements, saying that the information being exchanged by both sides, is private and confidential, and that tends to help you ensure that the public can’t get ahold of your information, much of which may be proprietary, or secret.

But there is one problem when you exchange information with the government: governments, including Florida’s state government, have what are known as public record laws (in Florida, they’re called “Government in the Sunshine” laws).

These laws allow anybody to get any information related to government documents. Government cannot shield or protect information from the general public (absent some compelling governmental reason, like national security).

Your competitors could take advantage of this. If your competitor wants to know, for example, how much you charge for a given construction service, or what information is in your contracts, or who your suppliers are, they don’t have to get that information from you: They can simply request it from the government, which would have to turn it over.

Preventing Disclosure May Not be So Easy

To prevent the government from turning over your information, you will have to show a judge that the information is, in fact, a protected trade secret, as defined by Florida law.

You can just say in your contracts that something is a trade secret. But saying that is the case, doesn’t make it the case.  A court, in balancing the public’s interest in open government and access to government records, is still going to want to see that the information you are trying to shield, actually has independent financial value worthy of being called a trade secret.

Have a question about doing business with the government? Call our Fort Lauderdale business lawyers at Sweeney Law P.A. at 954 440-3993 for help.