DISTRIBUTION OF SURPLUS FUNDS AFTER FORECLOSURE SALE IN FLORIDA 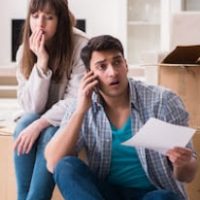 Florida Statute 45.032 deals with the distribution of surplus funds after a foreclosure sale. Under this statute valid subordinate lien holders, meaning creditors with a low priority interest in the foreclosed upon property that have been named in the proceeding, have 60 days after the sale of the property to submit claims for the surplus funds. After that time has passed the original owner named in the lis pendens that created the lien can make claim on any remaining surplus funds.

Prior to about a year ago, courts faced many questions about that 60 day period specifically concerning when the clock starts to run. The case of Bank of New York Mellon v. Glenville, 252 So. 3d 1120 (Fla. 2018) made a decision on this matter. Glenville, was granted review by the Florida Supreme Court after it was determined that the lower court ruling in the 2nd District Court of Appeals was in direct contradiction to a similar case in Florida’s 4th District Court of Appeals. The 2nd DCA in Glenville decided that the cutoff for submitting claims for surplus funds was 60 days from the date of the judicial sale. This ruling flew in the face of the 4th DCA case of Straub v. Wells Fargo Bank, N.A., 182 So. 3d 878 (Fla. 4th DCA 2016). In Straub, the court decided that that the 60-day clock begins when the clerk issues and files the certificate of title. Due to this contradiction the Florida Supreme Court reviewed Glenville and determined that the that both the 4th DCA’s opinion in Straub and 2nd DCA’s opinion in Glenville were decided incorrectly. Instead, the Court interpreted the phrase “60 days after the sale” means after the issuance of the certificate of disbursements.

So, it’s all figured out now, subordinate lien holders must make a claim to surplus funds from a foreclosure sale within 60 days of the issuance of the certificate of disbursements after which the former property owner can make a claim for the surplus funds. Its settled.

BUT WAIT, the rule has changed again!

On March 21, 2018, Governor Scott signed House Bill 1361. This bill declares that any foreclosure sales occurring after the effective date of July 1, 2019 will be subject to entirely different surplus distribution process for subordinate lienholders and ultimately owners.

The bill states that all claims for surplus funds must be filed, “no later than the date that the clerk reports the funds as unclaimed. The current statutory procedure instructs the clerk to follow state statutes concerning the escheatment of unclaimed funds to the Department of Financial Services, Division of Unclaimed Property. This means that surplus funds from foreclosure sales are to be sent to the Department of Financial Services after one year from the date of the foreclosure sale if the funds have not yet been disbursed by court order. As House Bill 1361 says subordinate lien holders have until the clerk declares the surplus funds unclaimed and sends to the Department of Financial Services. Therefore, the time frame for subordinate lienholders to file claims for surplus funds is thereby extended from 60 days to one year from the date of sale. Now this may be seen as a good thing these lienholders, but it also means that they have to wait that entire one year period now before any funds they have a valid claim for will be disbursed because the court needs to wait until the end of the period in order to see if any other lienholders with a priority claim will come in.

For owners this is a big loss, not only does it increase the amount of time lienholders can lay claim to the surplus funds and increase the time owners would have to wait to receive disbursement of any unclaimed surplus funds, but House Bill 1361 also eliminated the need for a surplus trustee. The surplus trustee was used to help owners with their claims to surplus funds and could even draft the claim notice for them. Now owners will be on their own to make claims.

Brendan A. Sweeney, Esq., LL.M., has been involved in litigation concerning in excess of seven figures regarding entitlement to surplus funds. If you have a surplus funds issue then contact Sweeney Law, P.A. immediately to protect your rights.

Sweeney Law, P.A., a boutique firm in Fort Lauderdale, Florida, regularly handles complex transactional and litigation matters throughout Florida. Brendan A. Sweeney, Esq., LL.M. is an AV Preeminent Martindale Rated Attorney, that has been recognized as a Florida Super Lawyer in 2019, Florida Legal Elite in 2019, and as a Florida Super Lawyer Rising Star in 2018, 2017, 2016, 2015, and 2014. If you have any Florida foreclosure litigation questions and/or issues then contact Sweeney Law, P.A. at (954) 440-3993 immediately to protect your rights. www.sweeneylawpa.com.