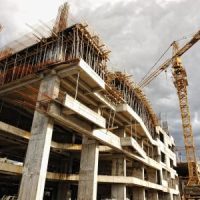 Let’s assume that you complete a construction project, and the project itself is flawless, and exactly up to specifications (or, is exactly in accordance with the terms of the construction contract). Can you still be sued for breach of contract? In fact you can, if the project took longer than it was supposed to.

A lot of things can cause a delay claim. In some cases the construction contract will specify what claims are excusable and which are not, or will have other provisions to try to ensure that delay doesn’t happen or that when it does, the delay is minimal.

However, things like the following can all lead to delay claims:

5)      Design plans that turn out to be impossible, not feasible, or just plain defective

Who is Liable for Delay, and When?

There are a number of factors that go into analyzing who is liable for delay claims.

Of course, cause is one major question—in some cases, the delay may not be the cause of either party. However, a party will be liable for conditions that it could have foreseen or avoided completely by a party.

For example, is a hurricane a sudden unknown cause of delay? Not necessarily in Florida—it’s more likely, an anticipated foreseeable event that the parties should have known about and built into their agreement. A contractor couldn’t allege a delay because he doesn’t have enough employees; the contractor needs to make sure he or she has the resources (workers) needed to do the job.

Sometimes, it may not be the contractor or the owner that is responsible, but a subcontractor that doesn’t do its job; construction projects often can’t move forward unless all steps are done in a predetermined order.

If the contractor truly could not foresee or avoid the delay, the delay may be considered an excusable delay.

Courts won’t give damages for delay, just for delay’s sake—a party needs to show actual damage from the delay. Sometimes this can be difficult to choose. A party has to show it lost money because of the delay. A contractor can show that he had to pay extra to lease equipment for longer, or that it lost out on other jobs, because this job took longer than anticipated.

Our Fort Lauderdale construction attorneys at Sweeney Law P.A. at 954 440-3993 can help you if you have a delay claim against an owner or contractor.