CURRENT STATE OF THE LAW ON RINGLESS VOICEMAIL MESSAGES 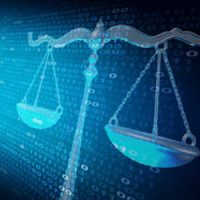 Ringless voicemail technology, generally speaking, allows callers to sidestep calling a person’s cell phone number directly, and instead sends messages through to the voicemail service provider’s platform and, finally, to the subscriber. The argument that defendants have advanced is that these actions, by allowing a voicemail to be delivered without ever having a person’s phone actually ring, is not a form of contact that could be considered a call subject to the restrictions of the TCPA. The federal courts in Florida and Michigan disagreed. They determined that because the phone’s subscriber receives a notification that he or she has a voicemail message, the effect of the ringless voicemail is the same as if the phone had rung before the voicemail was delivered. Consequently, these courts found that ringless voicemails are calls for TCPA purposes and that the company which placed these messages may be held liable for such conduct.

Senate Bill 568 on the other hand makes it clear that, as of July 1, 2018, unsolicited ringless voicemails are a persona non grata within the state. Particularly, Senate Bill 568 amended the definition of “telephonic sales call” for purposes such as the Do Not Call list to include “voicemail transmissions.” “Voicemail transmissions,” in turn, are defined as “technologies that deliver a voice message directly to a voicemail application, service, or device” – i.e., ringless voicemails.

Florida’s law does not mean you will never get a ringless voicemail if you are on the Do Not Call list, however. First, some morally ambiguous telemarketers disregard Do Not Call for all sorts of messages. They are often created in other countries or using fake or “spoofed” numbers, and they know it’s hard to police them in an age of global calling by way of the Internet. At most they are using debatable methods to steer leads to legitimate businesses. More likely they are outright scams trying to steal money or personal information.

It is worth noting though, the law allows certain calls by schools, non-profit and charitable groups, or people taking surveys. Florida law says the Do Not Call restrictions do not apply to “a charitable or political organization that is seeking donations,” according to the Senate staff analysis.

When the Do Not Call list is not enough to stop telemarketers from sending those annoying ringless voicemails, the recent rulings concerning the TCPA should be considered a brand new shield against unwanted ringless voicemail messages. Or, as evidenced by the recent lawsuits and the future ones that are likely to pop in their wake, these rulings can be used as sword.

Brendan A. Sweeney, Esq., LL.M., of Sweeney Law, P.A., a boutique firm in Fort Lauderdale, Florida, regularly handles TCPA matters throughout Florida. Brendan A. Sweeney, Esq., LL.M. is an AV Preeminent Martindale Rated Attorney, that has been recognized as a Florida Super Lawyer in 2019, Florida Legal Elite in 2019, and as a Florida Super Lawyer Rising Star in 2018, 2017, 2016, 2015, and 2014. If you have any questions and/or issues regarding TCPA law and issues relating to ringless voicemails contact Sweeney Law, P.A. at (954) 440-3993 immediately to protect your rights.