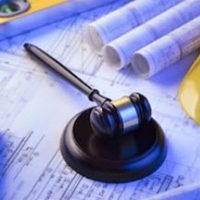 There used to be a commercial that said “knowing is half the battle.” The same holds true in construction law contracts. Knowing some of the most common sources of disputes and lawsuits, can help you avoid these problems in the future.

Site Condition Problems – Construction contracts are drafted with some base assumptions, one of them being that the area where construction is to be built, is actually suitable for what is being built there. But what happens when it’s not?

Oftentimes, there are problems or obstacles on the job site that nobody knew about when the contracts was drafted. The condition of the construction area may have changed so substantially, that performance of the project is impossible, impractical, or simply makes it much more time consuming or expensive.

These conditions can include the discovery of waste, a code or zoning problem, a survey/land ownership problem, buried lines, or rock that is not suitable for building.

Wording and Detail Problems – Often base terms like “completion” or “satisfaction” or “environmentally friendly” are not properly defined in construction law contracts. These meanings may have one meaning to you, one to the other side of your contract, and even one to government or building officials.

Risk Responsibility – Who will bear the responsibility for damage to the site because of natural disasters, or because of crime or vandalism? Who will be responsible for  theft, or the safety of workers? Contingencies must be dealt with in your contracts, to avoid problems later on.

Poor Quality – The problem with disputes over the quality of construction is that often, quality is inherently subjective. Construction contracts should use definite, objective language to determine what is and what is not quality. The way floors are laid, aesthetics and the types of metals that are used, should all be specified in your contracts, to avoid subjective disputes over the quality of the workmanship on the project.

What Details Matter?  – Sometimes, if a project is not completely up to contractually stated standards, a court will still find someone is in substantial performance of a contract. If a color is a bit off, or a structure is a few millimeters off, courts will often give it a “no big deal,” especially where the cost to repair the error is high. If that’s what you want, that’s fine–just make sure that if you want everything followed to the letter, your contract says that.

Our Fort Lauderdale construction law attorneys at Sweeney Law P.A. at 954 440-3993 can help review your contracts and help you try to avoid legal problems down the road. Call us with your construction law problems or questions.